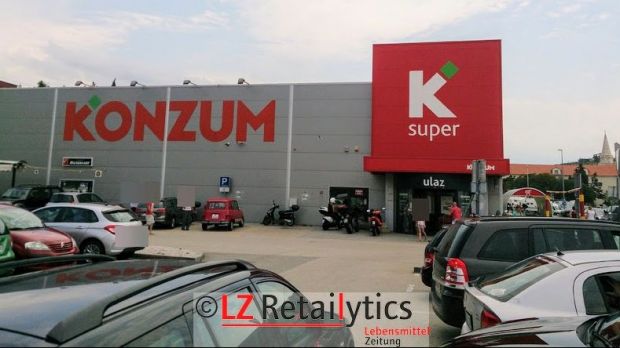 Croatian Agrokor Group, the largest retailer in the Balkans, yesterday disclosed its revised financial report for the years 2015 and 2016, posting massive losses for its major subsidiaries. As State Trustee Ante Ramljak revealed, additional losses for the years 2015 and 2016 amounted to HRK5.20bn (approx. EUR693mn). Major contributor to this negative result was the retail segment, here primarily Agrokor's flagship banner Konzum.

Agrokor Group
The auditors' report on Agrokor shows formerly undisclosed losses for the retail segment in 2015 and a continued downward trend for 2016.
At the same time the audit revealed that the capital worth of subsidiaries Konzum and Tisak decreased by around EUR1.4bn in the past two years, mainly due to mutual claims within the group. The report emphasized, that the companies could have the potential to continue as operative units in the future. The full report on all of Agrokor Group is expected to be published next week.

Opinion The Power Balance is Shifting

05 October 2017
Even if the 'significant corrections', as the auditing company calls them, are mainly of a 'one-off nature', it seems hard to understand without an insider view, how capital worth EUR1.4bn in the retail segment can be lost through revaluation within two years. Also, after yesterday's revelations, there is no doubt about the fact that Konzum and Tisak did not write black figures in 2015, as reported earlier, but already lost almost EUR200m at that time, deepening this negative trend in the following year by more than 30%.

In the light of recent events, we believe that the agenda of a commercial turnaround has become a myth. Agrokor was already in a precarious situation prior to the report publication, trying to re-establish trust with suppliers and keep creditors from interfering with the restructuring process. Now the figures revealed have dramatically decreased the chances of survival for the company's traditional retail banners Konzum, Tisak and Velpro. With assets crumbling and financial results plummeting, the only lifeline for Agrokor is the fact that it makes up around 16% of Croatia's GDP and employs 40,000 staff members in the country. But it will only be a short while until throwing good taxpayer money after bad will erode political support.

How will the assumed break-up of the Balkan's largest retail conglomerate affect market structures? By prudent foresight Ante Ramljak effectively separated Mercator's business from Konzum operations, therefore safeguarding continued development under Mercator's roof in Slovenia, Serbia and Montenegro, namely under the Mercator, Idea and Roda banners. In these countries we do not expect market rankings to change substantially.

At the same time the Bosnian Konzum and Velpro banners are already in the process of shutdown, either being discontinued, transferred to Mercator or sold to Bingo. With Agrokor's influence in the country dwindling, LZ Retailytics data forecasts newly-crowned market leader Bingo to increase its lead to other players, expanding its market share from 18% in 2016 to 28% in 2021.

That leaves Croatia, the retail behemoth's home turf. Although no concrete exit plans are known, it is clear that Agrokor numbers for 2016 are lower than previously reported and that the year 2017 has brought double-digit revenue losses for all banners. Therefore, we see Schwarz Group increasing its market share from 11% currently to almost 15% in 2021, taking the lead position in the country with the main driver being soft-discount banner Lidl. Also Spar will be able to capitalise on diminishing market pressure and is expected to expand rapidly with its franchise solutions from 4% to around 7% within the next five years.

After a short period of regional dominance by Agrokor, the power vacuum in the innately disparate country markets of the former Yugoslavia will now provide retailers such as local heroes Bingo in Bosnia and Voli in Montenegro the opportunity to rise to the top. The age of the one-size-fits-all approach is over, also in the Balkans.