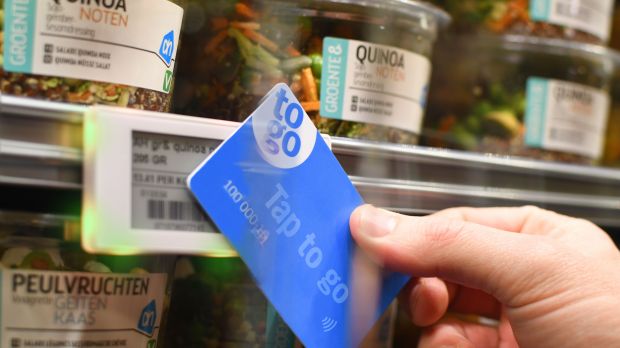 Albert Heijn
Initially, customers will have to use a card if they want to shop in Albert Heijn's checkout-less store.

Dutch market leader Albert Heijn has started its test of a checkout-less store. This is earlier than expected as, according to the retailer, development has been quicker than anticipated. The initial plan was to start the trial in 2018. The trial is being executed at the AH To Go convenience store which is integrated into the headquarters of parent Ahold Delhaize in Zaandam (close to Amsterdam).

The system Albert Heijn is using is different to the one introduced by Amazon in Seattle this year. It is called Tap to Go. Shoppers sign in via an app and then receive a card which they have to tap against the respective price tag on the shelf if they want to buy a product. Afterwards, they can put the item into their basket. Within ten minutes, the value in question is added to the customer’s invoice.

Initially, the service is linked to the use of the aforementioned card. However, the retailer plans to shortly switch the entire procedure to an app. Then, shoppers will use their mobile phone to tap. Albert Heijn has developed the system together with IT providers and a bank. It plans to roll out the test to further AH To Go convenience stores in the second quarter of 2018.

While other retailers are increasingly nervous when faced with the creativity and innovation speed of online giant Amazon, Albert Heijn has established another way to deal with the newspaper-headline-generator from the US. Instead, Albert Heijn has decided to surf the waves of the stirs that Amazon creates. The Dutch market leader is in a very favourable position to do so as the Netherlands is a market where big A still does not have a presence, aside from an online book store. It is also an unlikely scenario that this will change anytime soon, partly because Ahold Delhaize, with its strong online banners, has occupied any position that Amazon might aim for. In doing so, it recently started a test of its new service Rappie – which is very similar to Amazon’s Prime Now.

The Netherlands is an ideal test market for new trends such as checkout-less stores. Dutch shoppers seem to be open to innovations and have already internalised the use of self-checkouts (which are also available at AH To Go). Customers are likely to appreciate modern store layouts and an advanced service level, especially if they guarantee speed, convenience and frictionless processes. The customers at the store at Ahold Delhaize’s headquarters are no doubt willing and curious guinea pigs, since they will mainly be its very own employees. This also guarantees honest and prompt feedback regarding the new service. 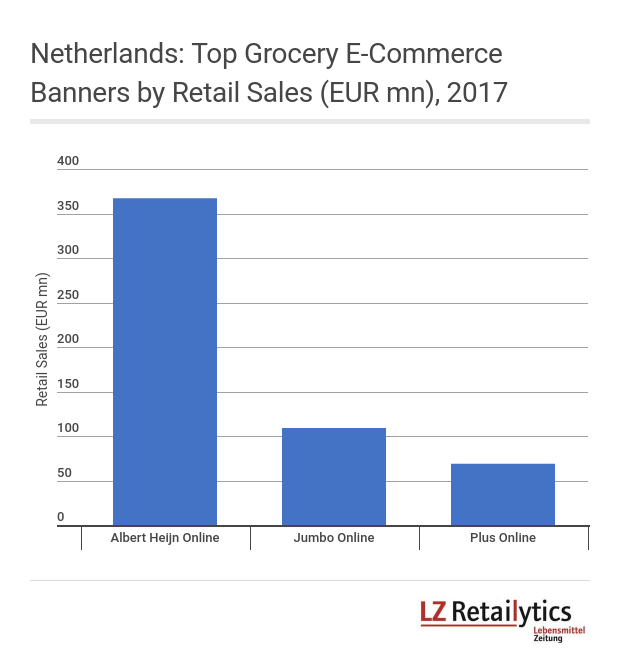 The fact that the listed company launched the service earlier than originally anticipated could be related to its recently announced withdrawal from the German market. It is the very same banner that is now the centre of attention: convenience format AH To Go. What a great idea to come up with a positive news story as soon as possible following the international media coverage of the failure of the chain in the neighbouring market.