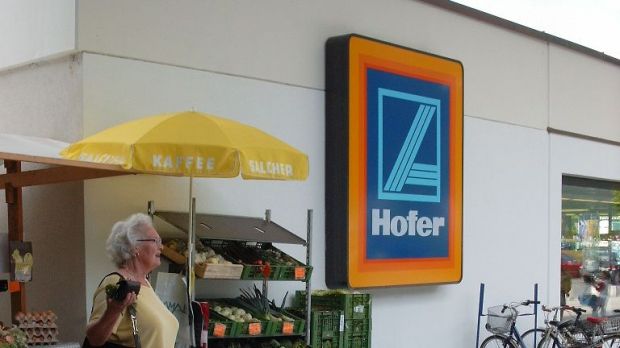 Lebensmittel Zeitung
Via its Austrian Hofer division, Aldi Süd is preparing to add Romania to its Central European portfolio.

Aldi is planning to enter the Romanian grocery market. As reported by Ziarul Financiar, Aldi has started recruiting its local management team in Romania. The German hard-discount giant established an office in Bucharest back in 2007, via its Austrian Hofer subsidiary, but until recently had taken no concrete steps to suggest that a market entry was imminent.

According to industry sources, official market entry might not happen for 3 to 5 years. When contacted by LZ Retailytics, Aldi Süd declined to comment, simply saying that it continuously analyses foreign market potential and expansion opportunities. In comparison, Lidl – Aldi's main channel competitor on an international level – started legal operations in Romania in 2002 and opened its first stores in 2011, following the takeover of Tengelmann's Plus operations.

Romania's grocery retail market is one of the fastest growing in the region. To date the discount channel is only represented by Schwarz Group's Lidl and Rewe Group's Penny banners, suggesting that the growth potential for Aldi would be substantial. Reinforcing this point, LZ Retailytics indicates that the discount channel market share for 2016 remained below 15% in Romania, as compared with mature markets like Germany where the channel represents some 30% or more of grocery retail. Recent legislative changes included significant VAT rate cuts that have boosted consumer spending, but also incorporated measures aimed at reducing tax evasion by the traditional retail segment in rural areas. For international retailers, this has led to a re-evaluation of locations which were previously classified as sub-optimal and has opened the door for expansion into more remote territories.

Although all lights show green for a market entry, Aldi will face stiff headwinds in a rapidly maturing market. Consumer demand is moving away from strict price orientation towards other criteria such as improved domestic assortment choice and an extended range of services – neither of which are particularly Aldi’s core competences at the moment. Rising market demand and legal pressure to increase the share of domestic-origin fresh ranges have led players including Auchan, Lidl and Mega Image, among others, to initiate partnerships with local producers. This gives these players a distinct competitive advantage and will possibly further slow down Aldi's official market entry. Also, given the discounter's large share of internationally sourced products, in conjunction with Romania's low price levels for food, we would anticipate that the return of invested funds would take longer than for other country operations – making it essential to grow fast to reach critical mass. However, to date Aldi Süd is not known for acquisitions as a means of market entry.

If we are talking about a market entry in three to five years’ time and subsequent organic growth, we are convinced that Aldi's success will depend on its location strategy. We think this will need to be balanced between second-tier and rural areas that have not yet been developed and have a higher price sensitivity; as well as targeting larger cities with greater buying power. Simultaneously, the main hurdle will be fine-tuning the discounter’s fresh assortment locally, including all chilled ranges, such as dairy and cheese. Additionally, seasonal ’when its gone its gone’ non-food offers might strain the bottom line and be perceived as too expensive, as sister company Aldi Nord has found in Poland.

Given Lidl's huge advertising spend we look forward to seeing how traditionally tight-lipped Aldi will handle its marketing communications to win over consumers. We believe that its standard Western European EDLP (Everyday Low Price) discount concept will have to be adapted to the Romanian retail framework. In our opinion, learning from the Slovenian and Hungarian experience – where the discounter first introduced time-limited price discounts and an increased local fresh assortment – might be a good starting point to pave the way for success in this quickly maturing market.