Auchan Auchan Brings its Brands Together 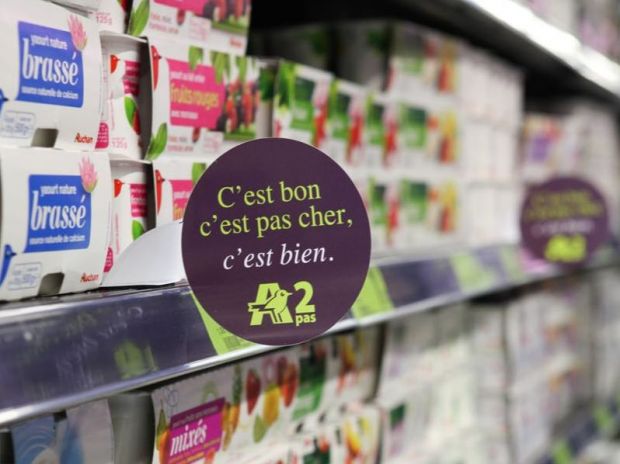 Groupe Auchan
A2Pas minimarkets will be rebranded to My Auchan by 2018.

Auchan has unveiled a major investment plan for the next three years, centred on its home market of France. The strategy will include resetting the commercial proposition, brand convergence, digitalisation strategy and reorganisation.

During its recent press conference, Auchan’s management unveiled a EUR1.31bn investment plan for the period 2017-2020. The proposed capital expendiure will be focussed on France, with 60% of the sum dedicated to the refurbishment of the store network. One of the primary aims is to implement a clearer brand strategy among the retailer’s different formats. By Q1 2018, the retailer is targeting itself with the complete rebranding of its company owned supermarkets & minimarkets, which comprises some 260 stores in France.

As far as the commercial strategy is concerned, Auchan’s managing director Wilhelm Hubner was straight to the point when speaking to consumer goods magazine LSA: “there is a desire to wean off promotions and start long-term thinking”. He went on to say that Auchan “has countries with high levels of promotion - and these are not the best performing countries. We want to rebalance things, and this is what we have done in France”.

Being pragmatic, we believe brand convergence is the winning approach for Auchan in France. Simply Market supermarkets never quite gained enough brand recognition, remaining in the shadow of the hypermarkets since Auchan’s acquisition of Dock de France in the late 1990s. Similarly, we feel A2Pas minimarkets network is insufficiently vast and too recently developed to trigger significant awareness in the medium term. The proposed brand convergence will surely boost the smaller formats’ customer traffic, and eventually turnover, as shoppers will more likely head to a brand name they recognise.

More than anything, this rebranding plan underpins Auchan’s long-term effort to raise the profile of its smaller formats. A number of Simply Market stores appear tired, with the last network-wide major modernisation dating back to 2009. The convergence is surely the opportunity for the retailer to start anew, at least if it wants to prevent any damage to the Auchan brand.

However, Auchan hypermarkets enjoy a better price image in France than price surveys suggest. The different formats involve different cost structures and therefore an unaligned pricing strategy is essential to be profitable. To this end, we feel that the biggest risk associated with the brand convergence approach is that it could blur price perceptions negatively for the retailer’s hypermarkets.

This would add an additional unnecessary pressure for its big boxes, particularly at a time when senior management is stating that it is unwilling to maintain such high promotional levels. This may prove quite a balancing act given that hypermarket rival Carrefour remains adamant that it will sustain its promotional pressure in order to keep rival E.Leclerc at bay.