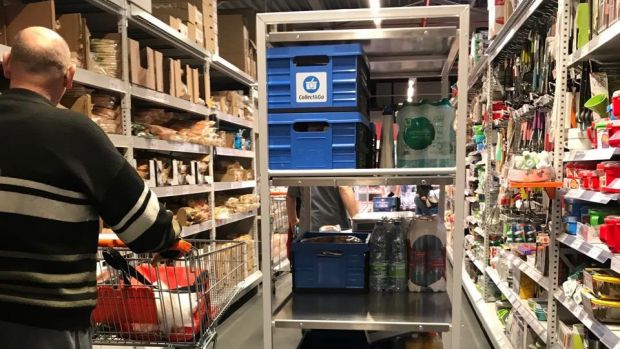 LZ Retailytics
Colruyt's employees will not have to do anything for the new service. Sounds like a smart plan as stores are already blocked by those collecting goods for its Drive service.

Belgian market leader Colruyt has launched a social app called Apporto. The app is designed to be used by less mobile customers, who can ask people to do their shopping for them. The app is free of charge and is meant to push social interaction, the Gazet van Antwerpen reports.

Customers can share their shopping lists with people that have registered as personal shoppers. Afterwards, both parties agree on the time and place of the delivery and on any compensation.

The idea for the app is not really something Colruyt can claim to have invented. We have seen several similar initiatives by players such as Walmart and Carrefour. Interestingly, the announcement of Colruyt’s move happened almost at the same time as it was reported that a single Select store in Lauwe also began providing a very similar version of an app under the name “Shoppen voor André”.

All of these examples sound great. The apps allow retailers to appear on the surface to be very socially minded, connecting elderly and disabled shoppers with altruistic, friendly neighbours. Getting old and young together, creating bonds. If we have a closer look, however, we can see that Colruyt does not have any plans to invest time or manpower into operating the new service, as it is instead letting shoppers agree on the terms and conditions themselves. This means that Colruyt is actually driving sales by converting those that would not have had the ability to enter stores into paying shoppers. And using the app, this is possible without the need to worry about last mile costs or to provide payment guidelines or functionality for customers.