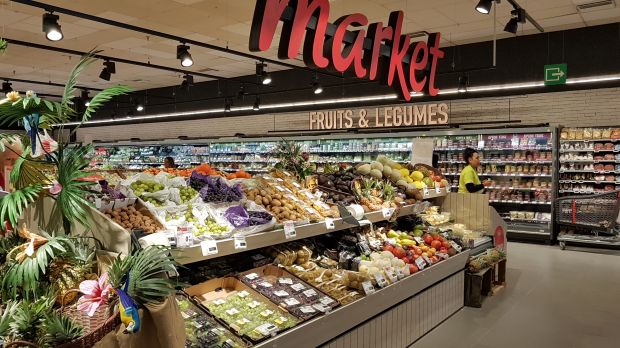 Carrefour
Similar to this recently refurbished Carrefour Market in Belgium, Carrefour remodeled nearly half of 1,000+ French supermarkets over the past years.

Carrefour unveiled mixed results for its first quarter of 2017, with French hypermarkets and Belgium lagging. The retailer blamed promotional activities from competitors for the former. Meanwhile a one-time campaign in Belgium which was not repeated this year explained the weaker performance there.

The retailer praised its multi-format strategy and the solid performance of its smaller format stores. Regarding E-commerce, Carrefour reported that its 570+ Drive click & collect sites experienced double-digit growth year-on-year. The retailer is currently integrating its recently acquired non-food online platform Rue du Commerce, with an aspiration to increase its marketplace.

A special mention was made of the retailer’s Spanish business, where Carrefour continues to integrate the acquired Eroski hypermarkets. Initial performance is reportedly very positive. The retailer is also widening the trial of its premium proximity banner Carrefour Gourmet, with a second unit opening in Barcelona. 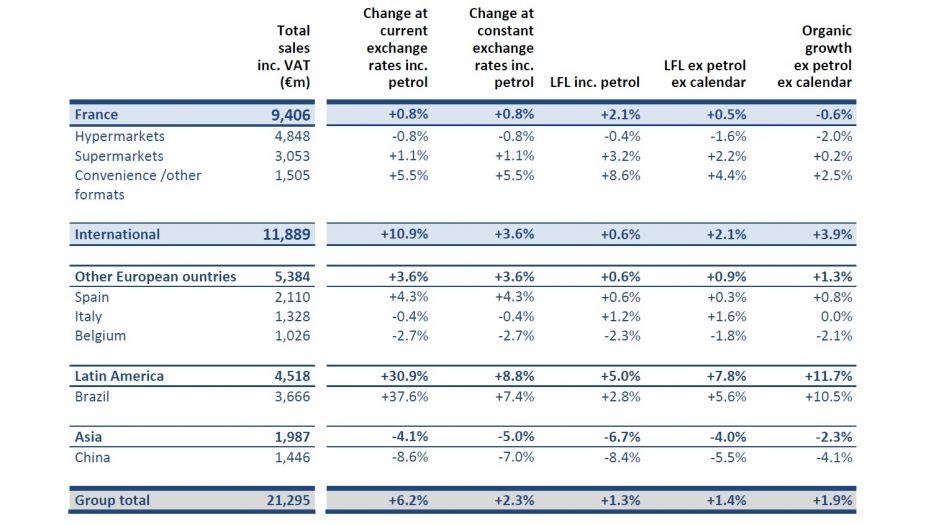 The retailer is clear on the absence of a master strategy change on promotions across all operating countries. Even so, the management seems to be walking a tightrope between investors – who are concerned about the cost of any hike in promotional pressure – and Carrefour’s need to sustain its price image, particularly in France vis à vis French challenger E.Leclerc.

Earlier this year, CEO Georges Plassat stressed the important of promotions and his unwillingness to lose ground in this area. The poor performances of those competitors who are seeking to step out of the battle, such as Auchan in France; as well as Carrefour’s own French hypermarkets performance this quarter; seems to prove him right. Needless to say, the retailer's promotional activities will be under scrutiny over the upcoming quarters.

In Spain, we believe Carrefour will eventually benefit from the integration of Eroski hypermarkets, but this has taken time as stores have been dealt with in small clusters. That said, half of the network has been converted in Q1 2017 alone. The acquisition gives Carrefour access to over 20 new cities in Spain. Besides which, the more compact stores currently yield sales densities two- to three-fold lower than their Carrefour equivalent, which leaves significant headroom for future growth.