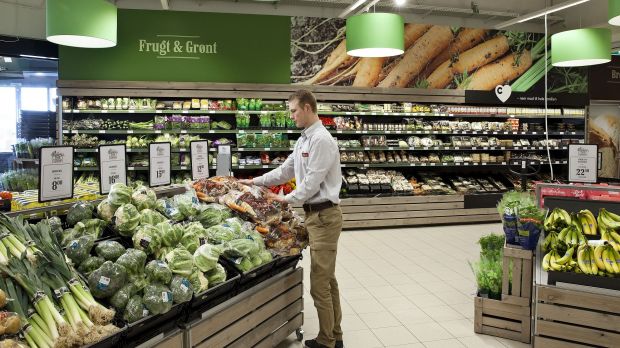 Danish grocery leader Coop Danmark has opened an organic supermarket called Irma Øko in Copenhagen, Danish magazine FødevareWatch writes. While a regular Irma, the retailer’s upscale supermarket banner, stocks around one third organic products, Irma Øko’s share reaches almost 100%. Non-organic products such as salt, toilet paper and water are clearly labelled as such on the shelf. Irma Banner Director Søren Steffensen, said the store will hopefully serve as a chance to bring the category to the next level by inspiring shoppers, retailers and suppliers alike.

Coop Danmark also expanded its convenience food concept, 'Måltidsmarked' (Meal Market) by adding breakfast food-to-go items. This is to join the lunch and dinner solutions already offered in some 400 of the retailer’s full assortment stores. Out of the 23 additions to the line, 15 are produced by the company Catering Danmark, which Coop Danmark acquired last year.

Opinion The Organic Battle Goes On

Even if Irma Øko was converted from a compact Irma City minimarket, this pilot shows that Coop Danmark is almost able to offer a full assortment of organic products. This is a priority focus for the retailer and a fully organic store, located in central Copenhagen, is a smart way to make everyone aware of this. At the same time, the retailer also wants to see how such a concept is received and how to improve it.

Denmark is among the leading countries in Europe when it comes to sales of organic food, and retailers are actively expanding and communicating their proficiency in the category both to meet demand and to generate more interest in the higher margin products. Grocery sales have been more or less flat in Denmark in recent years and organic ranges are a way for retailers to increase sales densities while differentiating from the many discounters in the market.

According to the Danish interest association Økologisk Landsforening, Coop Danmark introduced around 900 new organic products in 2017 and its competitor Dansk Supermarked around a thousand. Dansk Supermarked’s banner Føtex launched a subscription model where shoppers pay DKK80 (EUR11) monthly to get a minimum 20% discount on all organic products. Coop Danmark introduced crowdfunding to help support the transition to organic agriculture in the country, had a month with discounted prices on organic products and committed to investing DKK1bn in lowering the prices of organic products 2014-2019. In other words, organic is still a battleground in Denmark and Irma Øko could be the next chapter in this. 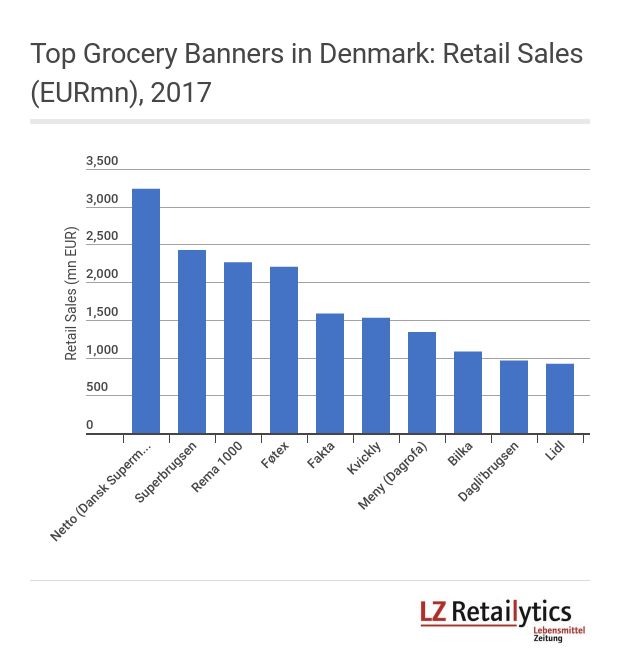 LZ Retailytics
Organic groceries are a way for full assortment banners to differentiate from the many discounters in Denmark. However, the discounters have followed suit and most have a wider organic assortment than found in discount stores in other Nordic countries.
When it comes to offering breakfast on the go, Coop thereby continues its strategy of challenging restaurants and bakeries. Its stores have built up a reputation of being places to buy convenience foods. It will likely seem natural for shoppers to also pick up their breakfast there and probably also expected by many. This serves as a nice differentiator for the retailer and demonstrates how it can utilize synergies to its recently acquired company, Catering Danmark.

Gain access to more insights and data about the Danish grocery retailers and more than 1,000 other banners in the 40 countries of Europe by subscribing to our retail intelligence platform. Sign up for a free trial here.