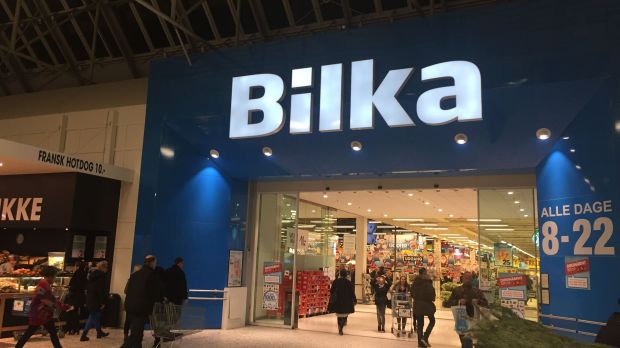 LZ Retailytics
Bilka hypermarkets already have lockers and counters for non-food pick-up which can also be adapted for grocery pick-ups.

Dansk Supermarked is set to launch its grocery click & collect service in two Bilka hypermarkets in the coming months, according to Danish retail magazine Dansk Handelsblad. Bilka’s Chain Director, Mark Nielsen, told the magazine that the retailer expects the Bilka To Go service to represent 5% of Bilka’s current turnover by 2024.

The company anticipates a full roll-out to all of its 18 hypermarkets by 2019, assuming the trials at two hypermarkets in Tilst, Aarhus and Hundige, Copenhagen are deemed successful. Between 2019 and 2024 the chain director said he believes the service will boost the hypermarket banner’s total sales by 3% after accounting for sales cannibalization.

Bilka has been piloting the concept exclusively for employees since March this year. The online service will offer all of the banner’s 14,000 grocery SKUs and orders will be delivered either directly to the boot of shoppers’ cars or to existing pick-up areas in the hypermarkets.

Opinion Shows Belief in the Concept

When Bilka unveiled its click & collect trial earlier this year our opinion was that it’s an excellent way to keep the banner relevant and that it should suit Danish shoppers well. What’s new here are the ambitions to introduce the service to all hypermarkets and the growth estimation. Based on LZ Retailytics 2017 forecast for the banner this would mean a turnover of DKK425mn (EUR57mn), following the retailer’s guideline of 5% by 2024.

LZ Retailytics expects the market leader Coop Danmark to generate more than DKK1bn (EUR135mn) in sales in 2022 which makes the forecast seem realistic. The competitor so far relies solely on a home delivery model which is not limited by the number of stores, making the growth potential larger. Still, the speculated figure shows Dansk Supermarked’s belief in the concept. By comparison, Ica Gruppen recently disclosed that its around 200 connected stores generate 2.5% of their turnover online, through both home delivery and in-store click & collect.

If Dansk Supermarked realises the expected uplift at its Bilka hypermarkets, its possible we might also see a click & collect concept introduced to its Føtex superstores in future too. These have a similarly wide assortment of groceries and are generally located closer to shopper’s homes, adding more convenience.