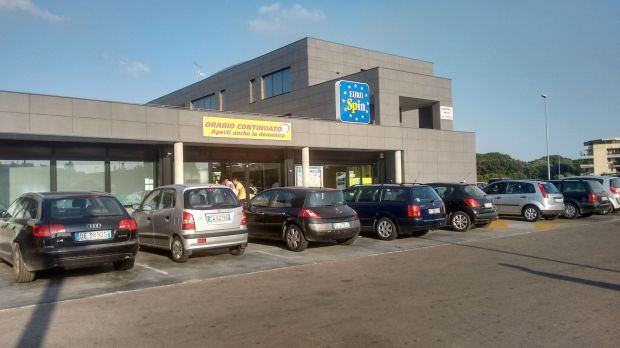 LZ Retailytics
Eurospin is the leading Italian discounter with a nationwide coverage.

Eurospin has its eyes on new markets like Bosnia, Croatia and, in the long term, USA, its CEO Romano Mion was quoted as saying by the Italian retail magazine Food. Reportedly, Mion sees the national coverage of the Italian hard discounter in its home market as close to complete. He also cited competition from German and French retailers and the lack of experienced managers in Italy as a reason to switch the expansion focus to overseas markets. Further potential market niches for a brand like Eurospin in Mion’s view are France and Northern Europe.

It’s rare for Eurospin to disclose any strategic details, let alone expansion plans. With this in mind we take a cautious standpoint on market entries like USA, France and Northern Europe. It’s nice to know that the retailer will consider those markets once it has started flexing its expansion muscles for real and we therefore keep it in mind for the future.

So, can Eurospin succeed in those markets? – Sure. Its concept is very similar to that of Aldi and Lidl who are already established players in all three markets. What Eurospin brings extra to the table is its focus on Italian quality foods despite a low-price focus. On the other hand it lacks the enormous buying volumes and international experience that the German giants possess.

Therefore, it makes sense for the retailer to start by continuing its expansion in Slovenia to learn and grow for greater tasks. First things first. Then, it could enter neighbouring countries like Croatia and Bosnia-Herzegovina.

Judging by Mion’s comment, entries there sound both definite and imminent. The two Balkan countries would be natural expansion targets for Eurospin due to the closeness to its home market and Slovenia where it currently operates around 50 stores. It also is a good time to enter since the leading Balkan grocery retailer Agrokor, active in both countries, is struggling with restructuring and nearing default.

In Bosnia, the closest thing to a discounter is Bingo, which are supermarkets with a low-price strategy. In Croatia, Lidl is the sole major discounter which means the direct competition is far from staggering. Still, the Croatian market is highly consolidated already and Eurospin would face several international competitors there making it a more challenging task than Bosnia.

It should be said that Eurospin has failed to replicate its remarkable Italian performance in Slovenia and only added some three stores to its network there in recent years. On the other hand, it is to increasingly make the assortment there more local which means that it might have found a mix between Italian and locally adapted ranges that it is now confident to bring to further markets.