Discount Italy's Tuodi Up for Grabs 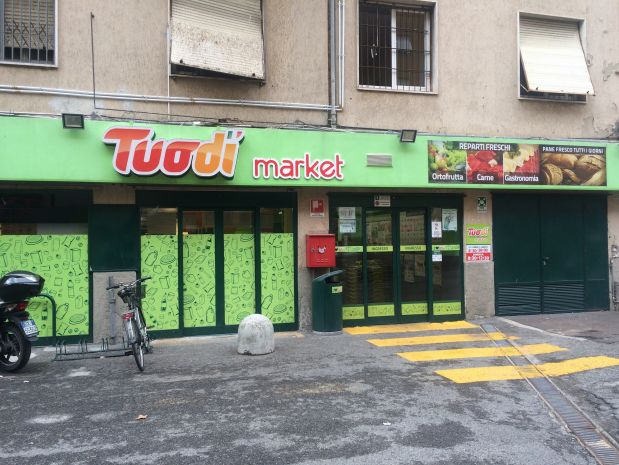 LZ Retailytics
Tuodi Market is Gruppo Tuo's main banner. It has converted Dico stores into this concept since the acquisition in 2013.

Italy’s fifth largest discounter Tuodi, owned by Gruppo Tuo, is rumoured to be up for sale. According to the newspaper Milano Finanza, financial intelligence agency Debtwire claims the company’s high debt has forced it to task financial advisory firm Rothschild with finding a buyer. Milano Finanza writes that Gruppo Tuo’s failed turnaround attempt and three years of losses have led it to accumulate total debts of EUR350mn.

Gruppo Tuo was until recently a Spar affiliate operating supermarkets and hypermarkets, but that all changed in 2013 when it traded its historic roots for a future as an independent discounter. Overnight the retailer became a national discount player, by exchanging its former stores for those of Coop Italia’s problem child – discount chain Dico.

Undoubtedly the group’s founder and president Antonini Faranda intended to find a quick fix for Dico’s losses, by introducing more private labels as well as increased standardisation and efficiencies. Given the retailer’s ambitious conversion programme it is understandable that losses have lingered, but these were likely expected to be offset to a higher degree by increased sales densities. According to LZ Retailytics data, Tuodi’s sales per square metre are still among the lowest in the channel and this is a factor most likely to trigger a sell-off of the chain. This would leave the retailer with its cash & carry and delivered wholesale business.

When it comes to finding potential buyers for Tuodi, this might prove trickier than it appears. Low sales densities are naturally a turn-off in general but also the average sales area could be a problem. Aldi Süd with its intended market entry in 2018, is at first glance an obvious candidate, but several factors speak against an acquisition by the German discount leader. Aldi wants to expand slowly through the north of the country, whereas Tuodi market, Tuodi Superfresco and Dico have between them around 340 stores throughout Italy. Also Aldi, in accordance with its new global standard and Lidl’s benchmark in the country will likely want to start off immediately with stores up to 1,000 square metres in size, while Tuodi Market stores average around 600 sq m and Tuodi Superfresco 800 sq m.

It’s more likely that Aldi would be interested in parts of the network, primarily the larger Superfresco stores in the north. The country’s number one and two discounters – Lidl and Eurospin – have the same preferences as Aldi. Both are aiming to build larger stores going forward, and would also likely only settle for a slice of the Tuodi network. Discounter MD’s store concept corresponds more to that of Tuodi and with its expansion strategy, the privately-owned retailer could be interested. However, it is also looking to open larger stores in the future.

If the rumours prove true, we expect that any sell-off would involve several players, not necessarily active in the discount channel. Or Tuodi may be acquired by an investment fund, as also speculated by Milano Finanza.