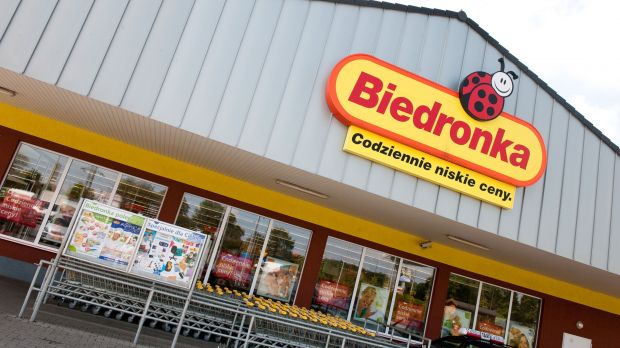 Portuguese retailer Jerónimo Martins has published its results for the full year 2016, with its Polish discount banner Biedronka posting double-digit growth. As presented in Lisbon the Polish market leader grew by 10.8% year-on-year in local currency. Although only 55 of its targeted 100 new store openings were realised, the company reports that a more favourable consumer spending environment and social reforms contributed to like-for-like sales growth of 9.5%.

The Portuguese retail group has committed to boost its investment budget from EUR482mn in 2016 to EUR700mn in 2017, allocating half that sum to Biedronka. Strategic priorities for the leading banner include more than 100 store openings in 2017, store concept improvements and the opening of a new distribution centre.

03 March 2017
The time of Biedronka taking the lion's share of new store openings in the discount channel will soon be over. As Jeronimo Martins approaches its cap of 3,000 Biedronka stores in Poland, it appears that sustained expansion will now only be possible in new formats. Yet Biedronka’s foray into the supermarket sector ended with these reverting back to standard discount concepts and its convenience pilot under the "Wiele DobreGO" label has not yet taken off.

An obvious next step with the retailer’s massive market penetration and fully-developed logistics may be to venture into the growing e-commerce sector, but company representatives have repeatedly assured us that for now the discounter with the likeable ladybird logo will remain offline.

Until now, impressive like-for-like results and a huge extension of its assortment ranges had successfully financed Biedronka's costly price wars with arch rival Lidl. However, some of the smaller stores now appear to be bursting at the seams from the increased item counts, decreasing strategic leeway for the future. Also, we believe that Lidl's modern and more quality-oriented sales concept is a better fit for the current upmarket race towards the supermarket channel.

While we can see 100 new stores opening, we do not believe that these can be supported in the current Biedronka format. So what will "Biedronka 2017" look like? A spin-off minimarket banner with a bistro corner, mimicking channel leader Zabka? Or might the investment budget be allocated to acquire another market operator in the ailing supermarket sector? Following recent rumours that Biedronka was among the unsuccessful bidders for Zabka and Romania's Profi chain, we anticipate that Biedronka will have a major suprise in store for us in 2017.