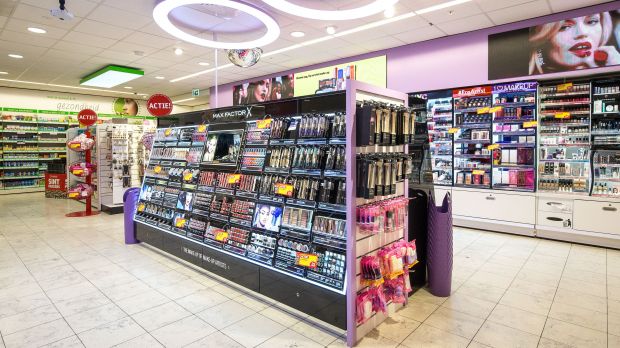 AS Watson
'Kruidvat in de Stad' stores have a stronger focus on beauty products.

AS Watson-owned drugstore chain Kruidvat has opened a new ‘Kruidvat in de Stad’ city concept store in Antwerp, gondola.be reports. The concept was initially launched in the Netherlands at the end of 2016, with seven stores now operating. The Antwerp store represents the first Belgian location for the concept. Three further Belgian city stores are due to open early next year; including one in the city Genk.

The stores boast a broader assortment of beauty products than regular Kruidvat stores, as well as selling convenience food such as snacks. Also, the look and feel has been changed to a more modern appearance with large LCD screens, as well as free Wi-Fi. Despite these additions, these stores still feature many non-food and promotional items as its customers expect this, according to the retailer.

Adapting concepts to city locations has so far been mostly the domain of the grocers. ‘Kruidvat in de Stad’ shows that drugstores can also benefit from changing their look and assortment, based on the specific customer group in city locations. In Belgium, Kruidvat can build on the learnings that the Dutch operation has already made. Offering snacks is a smart way of luring customers into the store, at which point they may well also buy some drugstore items too. However, supporting marketing in front of the store is essential since drugstores are not the typical destination for grabbing a snack.

That ‘Kruidvat in de Stad’ is now also being introduced in Belgium indicates that the concept seems to work. We think that adding snacks and increasing the beauty assortment in city locations is a smart move for the drugstore operator. Customers passing through the city will probably not be shopping for their usual goods, such as bulky toilet paper or nappies, but rather items such as lipsticks which easily fit in handbags. With this in mind, it is perhaps rather surprising that promotions and the non-food assortment have not been scaled down, but this perhaps indicates that the retailer is either very confident about its USP or afraid that without these categories, the stores wouldn’t work. Even so, we feel that the banner’s typical aisles, crammed with promotions and cross-merchandised products hiding other items, could be a disadvantage in these stores. When busy shoppers in city locations just want to pick up what they need, these could make it an annoying experience.