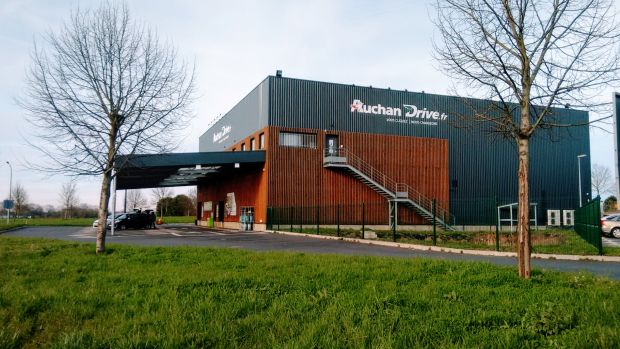 Retailer Auchan is in the process of merging its two Drive & Collect banners, Chronodrive and Auchan Drive, in France. The retailer's Managing Director of Drive in France confirmed the move to newspaper Linéaires, even though plans are not yet fully finalised. He said "The conversion of the first prototypes and the detailed planning, as well as the banners and final models will be communicated and shared with internal teams first once decided". He went on to say: "Of course, the convergence towards a single brand is in progress and the Drive banners will contribute accordingly".

Drive & Collect is a form of Click & Collect in which customers pick their orders up at a dedicated parking space. Groceries are then loaded directly into the boot of their cars.

The duality of Auchan's presence in France with sister companies Chronodrive and Auchan Drive is becoming increasingly difficult to justify. Historically, Chronodrive was the pioneer of the Drive & collect segment in France; and therefore enjoyed a strongly differentiated business model and positioning. While superior in terms of execution and services, Chronodrive faced internal difficulties inherent to the substantial initial investments required for the creation of its network. The banner has also had to respond to competition as the Drive & Collect spree has swept across France; mostly driven by the price aggressive hypermarket operators.

Auchan hypermarkets themselves launched their own Auchan Drive service. The coexistence of both banners was initially justified from a positioning and organisational point of view: Auchan Drive being located and supplied by the hypermarket division; while Chronodrive operated in standalone and was supplied by the supermarket division. The latter enjoyed a relative independence and could operate in regions where Auchan is not as strongly represented. However, Chronodrives's struggle, and the introduction of standalone Auchan Drive units has resulted in an increasingly precarious status quo. The banner convergence announced earlier this year surely nailed the coffin shut once and for all.

While Chronodrive is a symbolic piece of the puzzle that Auchan is trying to reassemble, the merger also involves its supermarkets' own Drive & Collect service, Simply Drive. Some of these units have already been transformed into Auchan Drive. Overall, we believe the decision to be a sound one, as better synergies can be built around Auchan's grocery Drive & collect activities in France; and its grocery e-commerce proposition in general. According to LZ Retailytics data, Auchan is the second largest e-grocer in France and is expected to near the EUR1.4bn sales milestone in 2017, mostly thanks to Drive & Collect.