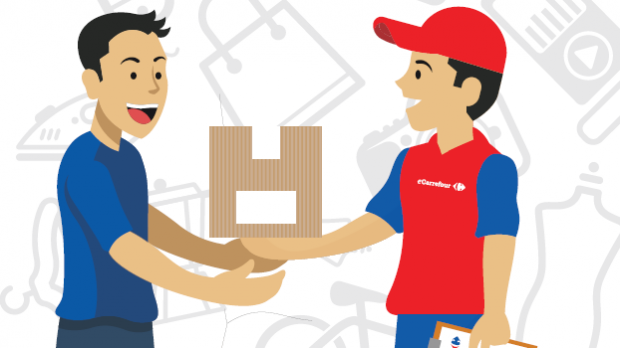 Carrefour
Carrefour shoppers can collect their non-food orders at 217 locations across Poland.

Carrefour has made non-food click & collect from its e-commerce website eCarrefour available across all its owned supermarkets across Poland. The service, launched a year and a half ago, was initially offered at a handful of hypermarkets, before being progressively rolled out to the rest of the network. The number of non-food items listed on the website has increased tenfold since the launch, to some 6,000 items today. Meanwhile, around 12,000 food products have been added.

Opinion A Pragmatic and Cautious Approach

22 May 2017
We note that Carrefour is most certainly not an online pioneer in Poland, but a retailer that has taken significant steps to catch up with the competition. Its online drive can be seen from its global push towards omnichannel in general, and e-commerce in particular. The group's objective is to achieve a threefold increase in e-commerce sales between 2016 and 2020. Yet we approve of the pragmatic and cautious approach adopted by the retailer in Poland, to align with the needs of the market. This started by offering a limited online assortment of non-food items for collection at a few stores, followed by the progressive expansion of its catalogue and geographical coverage. Grocery e-commerce has been limited to carefully selected locations.

We believe this is a sensible approach, as the Polish e-commerce sector remains at a stage of relative infancy, where profitability concerns are compounded by lower disposible incomes, infrastructure issues, traditional shopper habits and the price pressures of a discounter-dominated market. Despite this, the online potential of Central Europe's largest market combined with its economic upturn are factors no retailer can ignore.


The grocery e-commerce channel remains nonetheless limited to small scale home delivery within high competitive and affluent urban centres. International players have been oiling the wheels of their ventures for years to be ready when the channel eventually takes off. For local Polish retailers, grocery e-commerce is so far limited to premium and service-driven supermarket chains such as Piotr i Pawel and pureplayers such as Gdansk-based grocery Dodomku (To Home) or Warsaw-based Frisco. The latter is now backed by the deep pocketed Eurocash wholesaler, and looking to expand its reach to other major Polish cities.

In the short term, Carrefour will want to expand non-food assortment and generate traffic by introducing a marketplace. In the long run, we believe Carrefour will seek to widen click & collect to include a grocery offering — once the channel gains traction. This will allow it to avoid the costly last mile, leverage its store network and differentiate from the competition.