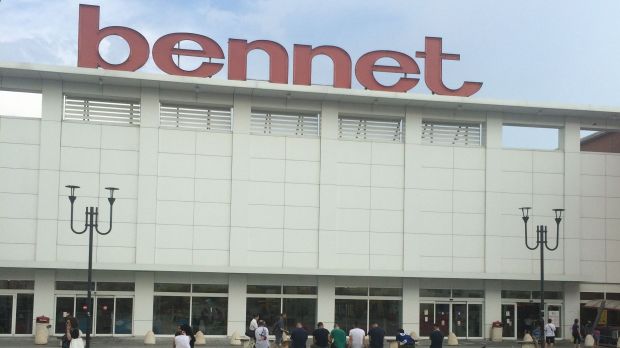 LZ Retailytics
The majority of Bennet's stores are located inside its own shopping centres, giving it the flexibility to add new drives.

The Italian hypermarket specialist Bennet has opened its fifth grocery pick-up station (also known as a drive) outside its new hypermarket in Nichelino, a suburb of Turin. Similarly to its other drives, shoppers can order online and pick up their orders free of charge. Items can be paid for either online or at terminals by the drive itself and groceries are carried out to the car by store employees.

Located only 12 minutes by car to the North is Coop Italia’s first drive in the country, which opened in February this year. Seven minutes away is Carrefour’s first drive out of its current three.

According to Italian magazine RetailWatch, Bennet expects to open a total of ten drive locations by the end of next year.

The Nichelino example is like a case study in the forces of competition. One player motivated by first mover advantages (Carrefour) takes the first step and soon the others (Coop Italia and Bennet) are forced to follow. It should be said that the drive concept isn’t limited to Nichelino however, and that this is just one skirmish of many at a national level.

After Auchan introduced the drive to the Italian market in 2013, several have followed and today Finiper, Carrefour, Esselunga, Bennet and Coop Italia all have a handful of units. For regional retailers like Finiper and Bennet, click & collect or drives present a less capital intensive option of competing with larger retailers investing in e-commerce. Not least with Amazon having launched its Prime Now service in the country and its Fresh concept expected to come soon. Consequently, it would be no big surprise if Pam also soon starts piloting drives at its Panorama hypermarkets.

For Esselunga, Coop Italia, Carrefour and Auchan, the drives function as complements to their grocery home delivery services. However, for them it also leverages their store networks, giving a competitive advantage over pure players. LZ Retailytics expects the majority to pass the trial phase and that the concept will roll out to several more hypermarkets going forward.

For Bennet and Finiper we believe most of their big boxes will feature drives in future, spurred on by the competition and the possibility to leverage this point of differentiation against smaller regional players. We expect Coop Italia and Esselunga to grow fastest with this concept, since they have many more big boxes at their disposal. For Coop Italia, it’s only a matter of agreeing on a common platform for all its co-operative associations with Nova Coop and Coop Lombardia, currently being the forerunners in the area.

Carrefour and Auchan could utilise the expertise gained from their home market of France, where the concept originated and is now well established. We don’t expect to see such extreme development for drives in Italy as in France, however. Comparing the two countries, Italy is far more fragmented with a lower market share for hypermarkets, higher population density, fewer births and higher unemployment, all of which lessen the likely potential for the service by comparison.