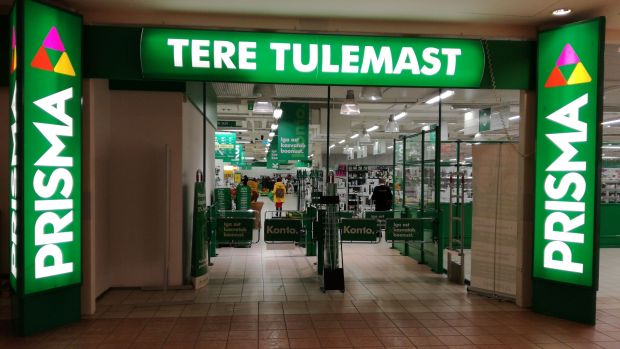 LZ Retailytics
This hypermarket in the Kristiine shopping centre is one of five that the retailer operates in Tallinn.

Finnish retailer S Group aims to be the Estonian grocery market leader in the long term, reports Kaubandus, an Estonian trade magazine. By 2022, the retailer plans to add 12 stores to its current eight Prisma hypermarkets in the country, disclosed Jussi Nummelin, CEO of the retailer’s Estonian division since May this year. The majority of these openings would be large supermarkets, a new format for the retailer in Estonia and would increase turnover by an estimated EUR100mn.

The retailer’s COO, Jorma Vehviläinen, added that the focus will remain on Tallinn and encouraged any real estate offers in the region. He also admitted that Lidl is to become a major competitor in Estonia. “There will certainly be changes in the market in the coming years, and we want to be part of that," he said.

On a separate note, S Group has announced that it will introduce Tesco Finest private labels in Estonia, following the Finnish launch in May.

Opinion Too Many Hurdles

S Group’s ambition to become the Estonian grocery market leader must be very long term indeed, judging by its store opening plans. The expected additional EUR100mn of sales by 2022 wouldn’t even place it past ICA Gruppen, the current number four, according to LZ Retailytics’ market forecasts. Overtaking the market leader, Coop Eesti, which currently has a turnover more than double that of S Group, would be an even longer journey.

Aside from this, the market leader has an aggressive growth plan of its own and aims to open new stores in large cities, a preference that all major market players share. With Lidl expected to soon step into the picture too, it will be increasingly difficult to gain decent retail plots in cities such as Tallinn, Tartu and Narva.

That said, it’s good news that the retailer has realised that it needs to adapt and consider new channels. The chances of finding good locations for new supermarkets is much greater than the likelihood of finding sites on which to open hypermarkets. However S Group is not the only retailer observing the increasing preference for proximity shopping, which has also been noticed by the likes of competitors Ica Gruppen and Selver.

Having left the neighbouring markets Latvia and Lithuania earlier this year, it should be easier for S Group to free up resources to invest in Estonia. Leveraging its size in Finland to offer low prices and a wide assortment will be the retailer’s key differentiators going forward. It will need to replicate these attributes to the new proximity format in order to realise its growth plans in the country. Even so, with domestic products becoming more important and increased price competition we feel that might not be enough for the retailer to overtake any of its competitors in Estonia anytime soon.