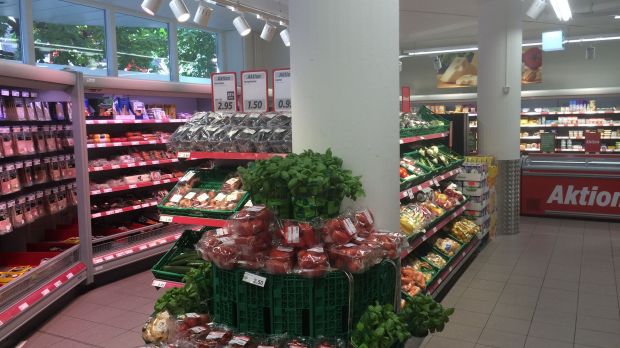 LZ Retailytics
Migros' discount banner outperformed the rest of the retailer's grocery operations in 2017 with a 3.1% sales uplift.

Swiss grocery leader Migros reported a steady sales performance for 2017. Net sales across all its divisions increased by 1% to CHF28bn (EUR25.19bn). The retailer’s supermarkets saw a sales decrease of 0.8% to net CHF11.59bn (EUR10.43bn). A better result was achieved by Migros’ discount banner Denner, with a sales increase of 3.1%.

However, the winning channel for 2017 was definitely the retailer’s e-commerce operations. Here a whopping 25% sales increase was reported. This did not come from its online grocery banner Le Shop, however, which recorded a 0.5% sales decrease (to CHF181mn (EUR163mn)) largely owing to the closure of its two Drive locations.

It comes as no surprise that Migros could only report a sales increase of 1%. The Swiss retail market continues to face some difficulties, beginning with the steadily high cross-border shopping. Even though the percentage is stabilising as the Swiss Franc strengthens against the Euro, it is still a problem for Swiss retailers – and a boon for German retailers operating stores at the border. However, it is expected that cross-border shopping will decrease in the coming years because of the strengthened Swiss currency.

Another reason for Migros' struggles is the fact that it is highly dependent on Switzerland, with the majority of its business conducted in its home country. Operations in France and Germany are not able to balance out the problems in Switzerland. In contrast to Migros, its competitor Coop which ranks behind Migros in Switzerland was still able to increase its net sales by 3%. This result was mostly driven by its international wholesale operation Transgourmet which saw an increase of 6% during 2017. This is also reflected in the European retail market in which Coop is ranked above Migros – a fact which will not change within the next five years, according to LZ Retailytics data.

In Switzerland, however, Migros will most likely still be the number one in 2023 but the retailer will certainly need to put effort into this as the gap between Migros and Coop will decrease over the next few years. The reason for this could be that Coop is investing in new store formats and store refurbishments to revitalise its retail operations, which have also been impacted by the current market situation.

On the plus side, Migros has already begun efforts to streamline its non-food operations. Migros' investments in non-food e-commerce has been rewarded with rapid growth figures and we think the retailer should continue investing in this area. Its speciality stores have had to face up to decreasing prices, but the online shops could cushion these effects. Also for its grocery e-commerce, the retailer recently started to invest, lately in a start-up for refrigerated lockers. However, even though we think that Migros should focus on its e-commerce operations, it shouldn’t lose sight of its bricks & mortar grocery banners. Strong results for its Denner discount banner reflect that here shoppers are receptive to lower prices and value for money.