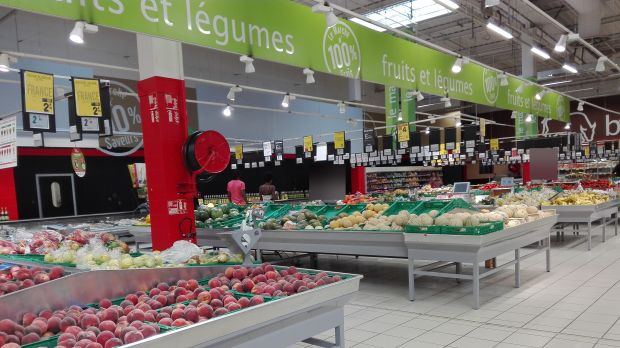 French retailer Casino believes it has found the right balance for its Géant hypermarkets with the three pillars of permanent prices, loyalty and promotions. Q2 2017 like-for-like sales were in the black (+0.8%), on the back of already difficult year-on-year comps (+2.2%). While competitor Carrefour recently noted a hike in promotional activity at hypermarkets during the period, Casino refutes this and has been unwilling to change its FMCG promotional stance, which is reportedly below market average. Instead, the retailer remains committed to its permanent price strategy.

Interestingly, Casino’s online arm will now manage the home furnishing and household appliance inventory of both Cdiscount (Casino's general merchandise website) and the retailer's physical stores in France. This means that the online division will define assortments and manage stocks at the French hypermarkets, with Cdiscount charging the hypermarkets for each good sold. Conversely a commission fee would be cross-charged by the hypermarkets for items that are sold online at Cdiscount and collected instore.  According to the retailer, the new business model will result in more reactive decision-making, with better adaptation to popular products and trends. This new structure, combined with click & collect synergies, is expected to boost sales instore and online.

Considered Amazon's challenger in France, Cdiscount is currently working to significantly increase assortment by leveraging its marketplace. The number of SKUs was doubled between January and June of this year with newly introduced products already accounting for 7% of volumes. To accommodate this range inflation, distribution centre space will be expanded by 80% between late 2016 and early 2018. The retailer is also investing in additional 3D automated packaging machines for its warehouses. Further, by October Cdiscount will progressively expand its same day delivery assortment in Paris to include all products weighing less than 30kg. It also expects to move forward on drone delivery and will continue to recruit clients for its premium membership subscription.

Outsourcing problematic non-food assortments, stocks and associated costs, the optimisation of sales space productivity, gaining rental income from new tenants, focusing on high margin fresh produce while holding on tight to FMCG prices to drive traffic... is this the miracle recipe for big boxes? Well, not for everyone. Casino enjoys two major benefits that many hypermarket operators don't: a low reliance on its hypermarkets, which account for merely a quarter of Casino’s total French turnover; and a strong e-commerce division, in the form of Cdiscount which generated ca. EUR3bn gross volume sales in 2016.

Without the pressure to fight against the headwinds faced by the channel, is Casino simply going with the flow and caving into non-food declines? We have Cdiscount for that, so lets transform our big boxes into 1h collection points and showrooms. Surely the backing of online pureplayer Cdiscount is a strong asset, and a similar strategy to that employed by Tesco, which also shifted a lot of its non food assortment online and now seems to have shelved its "endless aisles", screens which continued to advertise these items to store customers.

Non-food sales now account for ca. 20% of sales at Géant hypermarkets, sized on average at ca. 7,200+ sq m, according to LZ Retailytics data, and both figures are receding. The rationalised assortment has freed up space, which has in turn been leveraged to the benefit of other categories and to scale down the stores. In H1 2017 alone, the retailer cut its hypermarket sales area by 1.1%, with additional space often rented out to third parties.

As the big boxes disengage from battling e-commerce and non-food specialists, they become increasingly reliant on fresh produce and FMCG items, which are categories battled by... well, everyone else. The permanent low-price strategy that Casino initiated back in 2013 has indeed borne fruit in terms of traffic. However, it took much longer than initially anticipated, and the hypermarkets remain in deep water (like-for-like sales were down 1.9% last quarter). We wonder how these will fare if French competitors significantly increase their promotional activity over the next few quarters.

While we believe this may be the best (financial) strategy for Casino given the cards at hand, we nonetheless wonder what implications and impact this may bring in future. What attraction will big out-of-town stores have for customers, if their propositions (food focus, limited non-food and click & collect) dangerously overlap with what a big supermarket already offers closer to home?