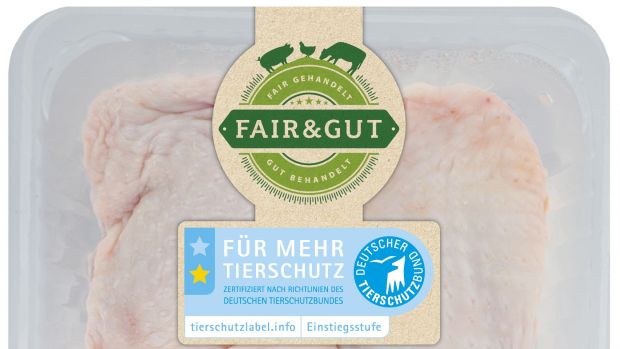 Aldi Süd and Nord in Germany have launched an own brand line for meat, focused on animal welfare. The range is called ‘Fair & Gut’ (Fair & Good) and combines the welfare standards of several well-established independent labels: these include that animals are granted more space, as well as using stables with straw, access to fresh air and GM-free feed.

The launch will start with a range of six poultry products being sold in Southern Bavaria, Hamburg and Berlin. Aldi says that the pricing of the range will be positioned between conventional economy meat products and their organic private label, which follows the EU-wide Bio standards. The discounter intends to support farmers producing the range with long-term contracts, compensating them for their increased efforts and costs.

From a customer-centric perspective, it makes total sense for Aldi to launch such a range. Even if the offering doesn’t become a star performer in terms of sales, it will have an even more important role in terms of its effect on the discounter’s image. When shoppers are confronted with the affordable prices of Aldi’s meat ranges, an increasing number have reacted with concerns regarding the treatment of the animals. Whenever Aldi proudly promotes its meat and sausage offering on social media, a barrage of comments have been posted underneath, proving customers’ scepticism.

So far, Aldi has not really found a way of calming customers down in this respect. Transparency and additional information, long posts on certain initiatives – none of these seemed to help. In contrast, the launch of an additional range, priced between economy and organic, sounds like a clever plan. A visible range in its store, which is currently cluttered with independent animal welfare labels, could have the power to slowly change shoppers’ perceptions. And for this to take effect, they would not even have to actually buy the products.

Aldi is by no means the first player to launch such an offering. It has already become a standard in the neighbouring Netherlands, pushed by domestic animal welfare organisations. Even at sister banner Hofer, the retailer has long embraced a similar approach. So, the idea is not new – however, there is one important side note which is the most interesting part of the story from a supplier perspective. With the new label, there is now the possibility of a long-term co-operation with Aldi Germany. The fact that the discounter could easily replace its private label suppliers if they did not 100% meet its demands has not only been its universal trump card, but also one of the most frightening aspects of working with the retailer for manufacturers. Conversely, the opportunity for a long-term contract could well be attractive enough to persuade conventional farmers to switch to a more animal-friendly structure.