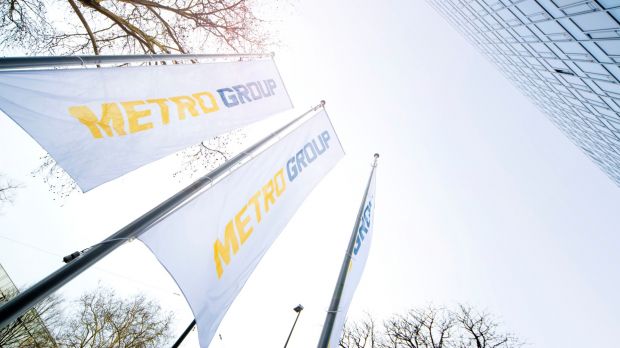 Metro Group
The flags at Metro Group's headquarters are soon to be replaced.

Metro Group has achieved its goal of dividing into two individual companies. The demerger came into effect when the local court in Düsseldorf entered it into the commercial register. As of now, any lawsuits still pending will not be able to prevent this move and will be dealt with by the courts.

An overwhelming majority of Metro shareholders had approved of splitting the group into a wholesale and food specialist business (now operating under Metro) and an enterprise focused on consumer electronics (Ceconomy) at the Annual General Meeting in February 2017. The shares of both companies began trading separately at the stock exchange today.

Opinion Can a Split Change its Fortunes?

Metro Group is currently still the third largest retailer in Europe, however its performance has not been very impressive lately. Sales and store numbers have both fallen, mainly driven by Metro Group divesting its business in challenging countries or channels. The reason behind Metro Group shutting down substantial parts of its operations over the last couple of years was that it needed to get into better shape, in order to facilitate such a major strategic move. For instance, debt was reduced via asset sales and restructuring. However, despite such initiatives, CEO Olaf Koch had not managed to return the company to its former growth rates. He is now hoping that the new major change in the company structure will bring more promising results, allowing each segment to grow faster.

The split itself was only logical. Koch himself described the group's situation perfectly in a conversation with the Financial Times saying: “There is no point in artificially having a joint agenda. Half of the meeting you talk about consumer electronics, the second half of the meeting you talk about wholesale... Why are we forcing investors to be... in something which is tutti-frutti?” And indeed, there are not many potential synergies between the consumer electronics and grocery businesses – besides trading goods.

Olaf Koch, who will also lead the new Metro grocery segment comprising of the wholesale and hypermarket division, is hoping for a 3% rate of sales growth for the segment with a stable EBITDA margin. If this was to be achieved at all it would be mainly thanks to the wholesale business. Hypermarket chain Real has been the problem child of the company and we have not seen any moves from Metro Group lately that would indicate anything could change this situation. On the contrary, Real created excitment amongst potential shoppers due to not so clever business decisions. It tested facial recognition scanners in its stores to analyse the gender and age of customers and received a backlash due to concerns about privacy. Currently it plans to reduce labour costs via a deal with trade unions. A tricky venture that could also have an impact on customers’ perception of the retailer.

According to Metro Group, there is a potential for synergies between its Real and Metro banners. We wonder: If this was really the case why had this great potential not been tapped earlier? The company appeared to desperately be trying everything possible to get Real back on track. Leveraging synergies with a comparably more successful segment representing 80% of its business would have been more than a logical move.

The split will surely help the new Metro entity to focus on its core business and concentrate investments – but even if it is to help to bundle attention to the two banners, the market situation will remain as challenging as before. Big box formats continue to have issues when it comes to achieving growth. Amazon and other online players will further eat into non-food sales. Its German home market will remain close to saturation. There will be more consolidation in the European grocery retail and wholesale segment. Shopkeepers will continue to replace wholesalers with local discounters when shopping for goods to resell. While wholesale giant Costco is set to enter more and more European markets.