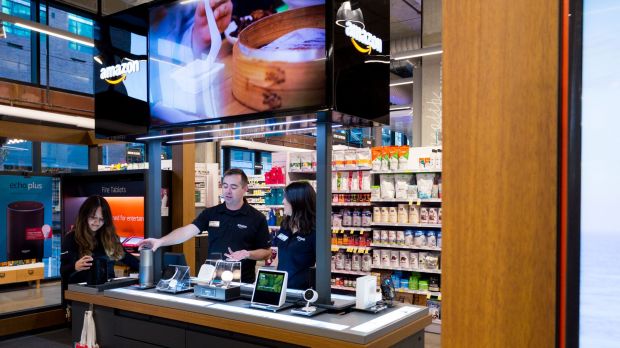 “The question is not ‘if’ but ‘when’”, this was the response from Ralf Kleber – Amazon Germany’s boss – when asked whether there are any plans to operate physical stores in Germany. In a recent interview printed in publisher Funke Mediengruppe’s newspapers, Kleber added to his bold statement that classical retail accounts for 90-95% of retail sales in its most important European market and that Amazon would never close its mind to something that shoppers want.

Furthermore, Kleber said that the company intended to have self-employed individuals working as delivery personnel on Germany’s streets, offering an additional income opportunity. Amazon Germany would also continue to experiment with different shipment options, considering lockers as well as delivery to car boots or leaving parcels behind shoppers’ doors. Kleber added that the company had no objections regarding further expansion of Amazon Fresh, but without giving any further details.

Opinion Amazon & Physical Stores in Germany - A What If Scenario

Ralf Kleber said it was a question of ‘if’ and not ‘when’, clearly indicating that the scenario of Amazon operating physical stores in Germany will come. Following this bold statement, we have considered a potential scenario for such a move.

We suspect that Amazon will most likely enter the game of physical stores via the acquisition of an existing chain, rather than by introducing a new format itself. The reasoning behind this assumption is that the online retailer has probably observed the retail developments in the country vigilantly. Amazon will undoubtedly have realised that it is a difficult environment for new entrants, particularly for non-domestic players and new concepts (see our article on Albert Heijn’s departure).

But which players would be potential targets for such a move? The recent acquisition of Whole Foods Market leads to the speculation that if Amazon intends to buy a store network it could be one of a similar nature. Customers of organic supermarkets are likely to have a notable overlap with grocery online shoppers. Many such shoppers are willing to spend more on grocery items if there is a perceived added value; they are also likely to want goods which are on trend; and could be generally more open to new ways of shopping.

Amazon tends to absorb the expertise of physical stores for its grocery private label ranges. Particularly in discount-driven Germany, own brands are a must, even in online shops and we have the opinion that, in this area, Amazon Fresh still has some homework to do. The attempts Amazon has already made in this direction indicate that it is looking to create a USP by focussing on areas such as organic, sustainability and on-trend ingredients. An organic store chain could help to further build on this approach.

Sizeable organic supermarket operators in Germany are rare. The only such chains are Denn’s, Alnatura, Bio Company and Basic. The latter feels like a perfect fit to us. Of all these players, Basic is struggling the most in terms of sales growth. It also seems to be open to potential offers – a couple of years ago, Lidl-parent Schwarz Group almost bought the majority share of the chain, which operated 34 stores at the end of 2016. What is more, there is an existing cooperation with e-commerce giant Amazon, which is already selling some of Basic’s own brands via Amazon Fresh and Prime Now.

This is however only one of the potential scenarios we might see play out. If there is one thing you can be sure of with Amazon, it is that it always has some surprises up its sleeve.

Gain access to more insights and data about Amazon and more than 1,000 other banners in the 40 countries of Europe by subscribing to our retail intelligence platform. Sign up for a free trial here.