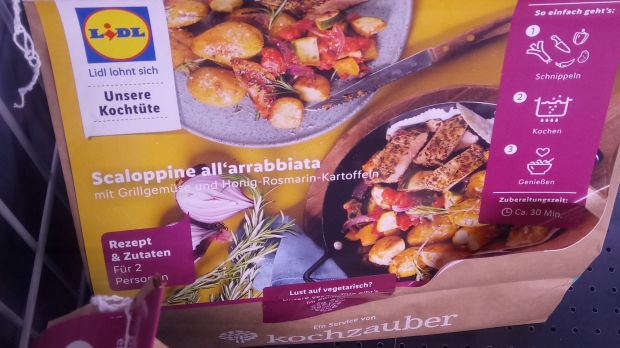 LZ Retailytics
Convenience foods are a packaging challenge: Vows to reduce the use of plastics are a first step but need to be followed by the intention to reduce the consumption of all packaging and transport materials.

Schwarz Group has set itself a target for reducing the use of plastics in product and transport packaging. Existing packaging is also meant to be made more recyclable and innovations are going to be prioritised, in particular for the retailer’s own brands. Discounter Lidl announced that it would reduce plastic consumption by 20% by 2025 and make all plastic packaging of its own brands 100% recyclable.

Lidl, Kaufland and the group’s beverage manufacturer MEG are co-operating on this project, in conjunction with the group's own production facilities for other private label beverages, bread and bakery products, chocolate and ice cream. A central role has been assigned to Green Cycle, a service company founded by the group in 2009 specialising in collection and recycling.

According to Gerd Chrzanowski, CEO of Schwarz Zentrale Dienste, “there are currently different approaches in different European countries. We are in the process of setting global standards through a best-practice approach”, thanks to the retailer’s current presence in 27 European markets and the USA.

14 February 2018
Schwarz Group, the biggest European grocery retailer, has set itself a goal for reducing the use of plastic.  No concrete figures have been given, and Lidl’s minimum 20% by 2025 lacks a clear reference basis.

Is there a conflict of interests? A distributor of goods for consumption which aims to reducing consumption? – No, not at all: Of course it is not about reducing the consumers' consumption itself, but just the materials used for both product and transport packaging.

But hold on a minute, the answer is not that easy. There are several factors that present hurdles to this reduction. Two of them can be located on the consumer side, but are happily driven by the retailers themselves: Convenience and food-to-go; and the uptrading of discounters, in this case Lidl.

First, despite all manifestations to the contrary, a large proportion of shoppers do not care that much about the environment when it comes to the immediate need to appease hunger and thirst. In other words: On-the-go consumption and convenience foods get the edge over a guilty conscience. Both categories have only just started to take off in most of Schwarz Group’s markets; and anyone that has seen a bin near an office block after lunchtime knows that this waste issue will get bigger rather than smaller with every new to-go offer. Convenience and to-go are key drivers of the consumption of packaging material.

The other, less obvious reason, is the supermarketisation of the discounters, Lidl in this case. The discounters are leaving their ‘Less is more’ approach partly behind, adding frills to their stores, to services – and to products. It is particularly the experience both Lidl and Aldi made in the UK (a pioneer market in convenience as well) that made them change from original standards to posh up their ranges, including more sophisticated packaging materials, composite packaging and ever more premium products. For instance, the seasonal Specially Selected ranges at Aldi UK are worth a visit for packaging lovers (one can only hope that the inside remotely lives up to the sky-high expectations raised on the outside – the business success says: yes).

However, we may be witnessing the beginning of an anti-trend at the moment, with less becoming more again at the discounters – including less packaging. Lidl just managed to reduce the plastic for its toast bread bags by 25% thanks to a thinner film. So, technology progress will definitely assure that large parts of even ambitious targets will be met. Some retailers have started lasering fresh fruit and vegetables, among them discounter competitors Penny and Netto Marken-Discount.

But we shouldn’t have illusions about the fact that less plastic will mostly be compensated for by more cardboard and paper use. There is indication for this in Aldi Nord’s sustainability report: In 2016, the waste from foils and plastics in Germany declined by 390 tons within a year. At the same time, the waste of cardboard and paper grew by 3,843 tons.

The development of the convenience channel in Europe, together with new technology, will decisively determine how successful retailers can reduce packaging waste. With a timeframe given until 2025, the public may have forgotten about concrete targets by then anyway.