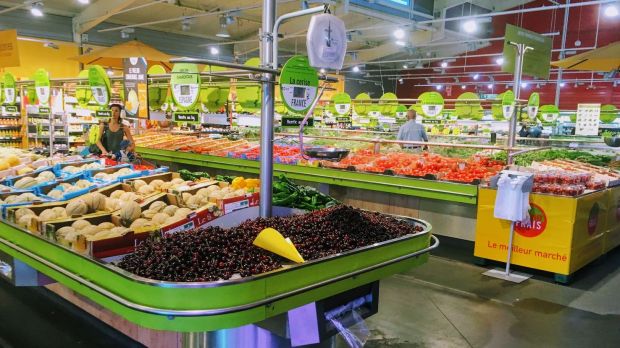 French fresh produce specialist Grand Frais is currently constructing its first store in Italy, in the suburb of Turin. Rapidly growing in its home country, Grand Frais has so far not crossed the borders with the exception of neighbouring Belgium.

Italian retailer Conad's CEO, Francesco Pugliese, expressed a concern shared by many European retailers regarding the incursion of the specialist. In a speach to the Conad assembly, he stated "Fruit and vegetable giant Grand Frais is to arrive in Italy. If we just stand and stare, we will be the pray, we will die." newspaper Il Sole 24 Ore reports.

Opinion Who's Afraid of the Big Bad Wolf?

We should not take Mr Pugliese's comment to the letter. The speech was aimed at keeping his ranks in march, pointing out the constant need for reinvention. After all, very much like other food specialists, Grand Frais is a complementary shopping destination benefiting from nearby traffic-generating stores but hardly a substitute for supermarkets. However, the threat is real. At a time when e-commerce nibbles non-food sales and discounters have taken their share of ambient grocery, here comes a competitor threatening grocery retailers’ legitimacy on the traffic generating fresh produce category. What is going to happen to them if the last stronghold falls?

The alarm may be their seemingly inability to replicate the concept. Many tried, none truly succeeded. One of the reason may be Grand Frais’ peculiar structure akin to an economic interest group of wholesalers highly specialised in their respective fields. Each handles the different departments of the stores but the client pays only once at the check-out. The largest one and initiator is Groupe Prosol (fruit and vegetables, fish and dairy products) which teamed up with Despi (meat) and Calsun (ambient products), with sometimes other operators filling in.

France is cluttered with fresh produce specialists and other short food supply chain operators – be it O'Tera, O’Marché frais, Frais d'Ici or Le Cours des Halles, to name but a few. However, none of them reached the sheer size of Grand Frais. LZ Retailytics expects the retailer to reach 192 stores with a turnover of EUR1.5bn in France by the end of 2017, representing a double-digit growth year-on-year. For us, there is no doubt that Grand Frais has European ambition as illustrated by Belgium and now Italy. Even so, we feel it is currently absorbed in building its domestic network. Its sole international venture, Belgium, has so far remained idle but other markets are very likely to rank high on its agenda. Switzerland could offer a good profile as Grand Frais already operates two stores at the gates of Geneva.