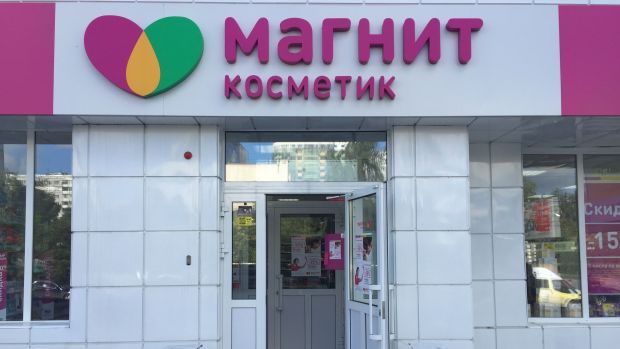 LZ Retailytics
Magnit's latest pharmacy venture will be able to capitalise on the retailer's substantial experience in the drugstore channel.

Magnit is set to roll out the new pharmacy concept that it began trialling in July this year. The retailer has expanded its network to ten pharmacies within existing minimarkets and hypermarkets and plans to grow its market presence to 50 stores by the end of the year, according to retail.ru. In addition to medicines the assortment comprises skin care, beauty and sanitary products, nutrition, medical devices and seasonal products.

By contrast, main competitor X5 Retail Group is targeting a store count of 850 A-Mega and Da-Zdorov pharmacies by the end of 2017, operated in cooperation with pharmaceutical distributor SIA International. In the medium-term the group plans to open 3,300 selling points at existing grocery locations.

Opinion Not a Priority Right Now

It seems that X5 has taken the lead role once again, targeting a four-digit number of pharmacies by early next year, while Magnit’s pharmacy network can be assumed to barely reach 100 stores during the same period. With Krasnodar-based Magnit’s store base expected to exceed 16,000 by the end of 2017, development potential for the new shop-in-shop concept is substantial. And with more than 3,000 of these stores on retailer-owned property, why would there be no quicker roll-out, especially for a format that will certainly increase customer traffic to existing banners?

Magnit is not a company known for hastily launching new projects; and rapid expansion for its latest format might not be a priority right now. The year 2017 has been one of reinvention and change for the Krasnodar-based retailer. Performance indicators for all grocery banners have been deteriorating and the company has begun a deep strategic review. Consequently, it is only now – towards the end of the year – that we are seeing the beginning of new sales concept launches, as for Magnit Family, which will presumably include Magnit Apteka operations as standard. Therefore we believe that Magnit's pharmacies may well be rolled out as the retailer revamps (or maybe just rebrands) its existing network or opens new stores.

The fact that the retailer’s profit margin has dipped noticeably in comparison to last year also reinforces this assessment from a financial point of view. High-priority projects like the large-scale vertical integration of agricultural production, the launch of Cash & Carry pilot Magnit Opt, as well as the ongoing development of the wholesale and distribution businesses require high financial resources, leaving less room for partial in-store remodelling.

Many ailments require a longer healing process. We trust that Magnit is looking for a recovery that is sustainable rather than a quick fix to look good on its quarterly reports.