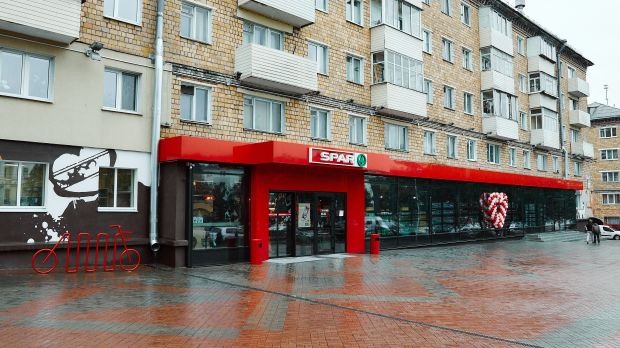 Spar International has partnered with the Belarusian retailer Almi Group to open stores in the country. The retailer plans to open 60 Spar stores by the end of 2020, most likely in the cities of Minsk, Grodno, Gomel, Brest and their respective regions. The first store was opened in the capital city of Minsk. Almi Group’s subsidiary Unifood CJSC will operate all the stores.

The 370 sq m neighbourhood store in Minsk offers customers fresh food, including a wide range of fruits and vegetables; fresh meat; and an instore bakery. The stores will feature both Almi and Spar private label products. In addition, Spar International and Almi plan to co-develop a new range of food-to-go and ready-to-eat products for the stores.

Spar’s move to enter the Belarusian retail scene is daring, but well-timed. In a highly fragmented market with unorganised retail still accounting for the majority of grocery sales, there is plenty of room for growth. Considering potential spillover effects from the onset of economic recovery in Russia, we expect the presently stagnating consumer spending in Belarus to pick up progressively. Also, as LZ Retailytics data shows, sales densities for stores in Minsk are at the upper end of the European range, with hypermarkets oscillating around the 5,000 EUR/sq m mark and supermarkets on average at 7,000 EUR/sq m. This suggests fertile ground for establishing a profitable presence.

Although teaming up with one of the top local retailers, Spar will not be entering a retail environment made up entirely of post-communist corner shops, kiosks and market stalls. State-owned Belkoopsoyuz enjoys a monopolist situation in the more rural areas. Meanwhile, privately-owned multiformat conglomerate Eurotorg reinforces its leading position in larger cities by extending its hypermarket and supermarket banners, as well as developing its online activities. However, an antitrust cap of regional market share at 20% – enforced rigorously in a strict regulatory framework – could leave enough space for expansion.

Assuming the targeted 60 stores do materialise by 2020, the tandem will have a good chance of rising to a leading position among the top Belarusian grocery companies. Although the gap with Eurotorg will not close significantly, Spar does have one further ace up its sleeve: its operations in Russia are growing steadily, while retail cooperation between Russia and Belarus is becoming ever closer, mainly owed to sustained import sanctions for EU products. This is illustrated by Russian Lenta’s buying cooperation with Eurotorg; X5’s exclusive production contract with the Belarusian dairy factory Nesvizhskiy Zavod; and Moscow shopping malls featuring an increasing number of Belarusian-themed shops. Incidentally, Belarusian Almi has gained a foothold in Moscow, operating more than a dozen stores in the capital. So far, Russian Spar has not reestablished a presence back in Moscow following the sale of its stores to Azbuka Vkusa (Gorodskoy Supermarket) in 2015. Potential for a comeback? Food for thought….