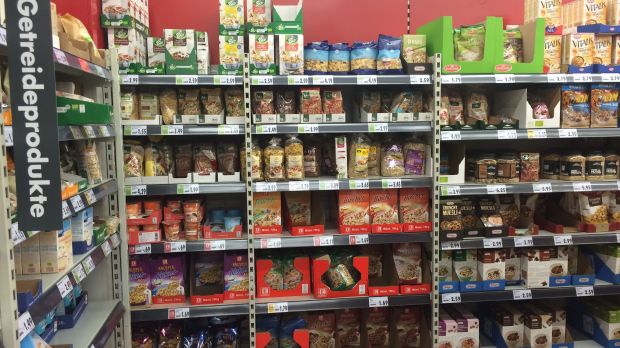 LZ Retailytics
Kaufland thinks it has too many products. Its customers seem to think otherwise.

Kaufland is making a U-turn regarding range delistings in its German stores. Lebensmittel Zeitung writes that a project started less than a year ago, aimed at lowering costs by reducing the product variety offered, has been reversed. The Schwarz Group-owned superstore and hypermarket banner is now in the process of re-listing a lot of articles that were previously scrapped. This applies particularly to areas such as dairy products, where the assortment cuts were most radical.

Kaufland’s sales performance is below expectations, the paper has learned. Kaufland has confirmed a series of new product listings, but said these mostly concern regional and premium products. The discontinuation of more than 20% of its range, a motto that was coined more than a year ago, was chiefly intended to reduce instore logistical costs. Consequently, Kaufland Germany is now reducing staff hours instore, which the retailer describes as “process optimisations that have resulted in a significant improvement of efficiency.”

The paper suggests that the re-listings could offer Kaufland the opportunity to ask suppliers for financial contributions, especially as Kaufland will be celebrating its 50th anniversary next year. The first store – then trading under Handelshof – was opened in Backnang in 1968, five years before the first outlet of its sister company Lidl was unveiled. The name Kaufland was first used for a store in 1984.

I had fresh bread and potting soil for my garden on my shopping list back in late February or early March, so I prudently and convincedly opted for the hypermarket. A hypermarket – that is, an inexpensive, large store that offers a broad and deep variety of groceries with an ample fresh food department and various non-food categories, serving 100% of your everyday needs and say, 50% of your more specialist needs. I didn’t realise that the hypermarket operator I visited (not Kaufland) considered potting soil in springtime part of the other 50% of specialist needs; in other words, they had none.

A retailer should have what its customers want. I know this is not a breath-taking insight, but I think it’s true. You can make it sound a bit more educated, saying that customer centricity requires assortment competence to avoid erosion of shopper penetration. This applies particularly to a big box retailer where shoppers expect the broadest variety of goods. Alongside that goes the expectation that hypermarkets are cheaper than at least the regular supermarkets.

These two aims do not always go together, broad variety and low price – and different hypermarkets position themselves at different places on a continuum between these two measures. Kaufland surely is more on the low-price side than it is on the broad-range side. Therefore reducing the range further is dangerous: it risks the danger of sacrificing too much of its (anyway reduced) assortment competence for the sake of further efficiency gains.

It is always easier to add something (i.e. a product to a range) than to take something away. Customers will immediately miss something they found before and they may well complain or perhaps even leave for another store. Furthermore, the retailer that eliminates more than just one or two articles will feel this badly in their top line. (The exemplary case for this was Walmart’s Project Impact in the USA some eight years ago.) From the discounters, with their limited and streamlined assortments, we know: there is a point where you cannot go below, in terms of product offering.

Kaufland may have also come dangerously close to this point. According to the paper, the range will remain smaller than before, in spite of the new product listings. Of course, delistings will cost some sales. But, thinking like a discounter, perhaps you are willing to sacrifice this for the gain you expect to make? Kaufland hasn’t done anything wrong, it has just tested the limits and is now bringing products back again. It will simply have to do its utmost to avoid creating assortment gaps.

Speaking about assortment gaps: I got my flower soil the next day from discount store Netto, and it was cheaper than expected. I thought, next year, I could buy it from Gartenliebe.de, Rewe Group’s online shop. Or from Amazon? They’d even bring some fresh bread with it.