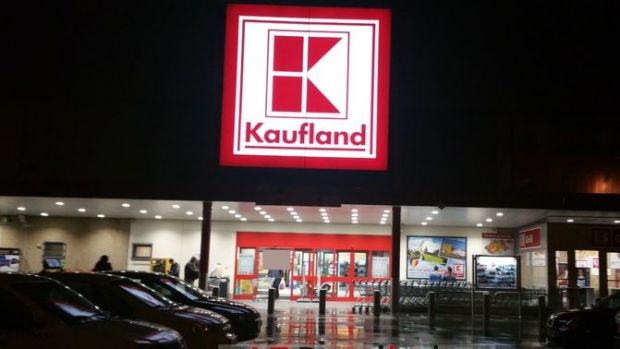 LZ Retailytics
With Romanian being one of the official languages of the Republic of Moldova, Kaufland Romania will manage the new country entry.

Schwarz Group’s hypermarket banner Kaufland has officially confirmed its market entry into the Republic of Moldova. The company's Moldovan website outlines the retailer’s plans, which will create 1,000 new jobs in the process. Kaufland has already been preparing its market entry into the country through the sponsorship of several events and with a presence at job fairs.

News portal Mold-Street reports that the retailer plans to invest EUR100mn with the opening of 15 stores in Moldova – six of which will be in the capital, Chisinau. The company is looking for stores sized at a minimum of 2,000 sq m and located in cities with at least 30,000 inhabitants and a catchment area spreading to 60,000.

Kaufland must be anything but happy with the development of the business in the closing financial year (to 28 February 2018). The German operations are stagnating, if not partly faltering, despite the massive investment into a new, much more attractive store concept – the first substantial upgrade in many years. Germany is the retailer’s most important market by far; but even abroad, business is not as rosy as it could be.

This comes at a time when a market entry into Australia is also on the cards, the company’s biggest move since it first ventured abroad. This will involve stepping beyond the European borders with virtually no opportunities to benefit from any form of synergy. In this context, the Moldova venture looks fairly trivial, especially as it can be easily managed from neighbouring Romania, where Kaufland holds a bulwark position. It is small, yes, but it still needs management attention. Hopefully, it will not turn into too big a distraction from the company’s far greater challenges.

Kaufland Moldova will not turn the retailer’s fortunes, especially when considering that the country is the European tail-light when it comes to purchasing power. Also, only half a dozen cities in the country boast more than the targeted 30,000 inhabitants, with three of them located in the contested, politically autonomous Pridnestrovian Moldavian Republic, which is shunned by organised retail. This leaves the capital, with income levels four-fold that of the Moldovan average, as the focus for expansion for Schwarz’s hypermarket banner.

On an international scale, the economic potential of this latest project seems miniscule. However, it is known that Schwarz Group as a privately-owned company takes a long-term view on all of its business ventures. Setting foot in Chisinau will not only create the opportunity to occupy advantageous locations, but also provides the possibility of gaining hands-on experience in a retail environment characterised by smaller domestic supermarket chains and off-shoots of Ukrainian retail companies – the latter engrossed in economic turmoil on their home turf.

Taking this thought one step further, Moldova might serve as more than just an encouraging PR gag on the retailer’s 50th anniversary. The Kaufland Ukraine project team has already been at work for several years, scouting locations and connecting with local suppliers. Surely, at some point in the future, political tensions will ease and the economy will recover. At that time, Ukrainian-speaking Moldova will be a closer stepping stone to Ukraine than it is from Poland, Kaufland’s closest country operations, as it stands today.