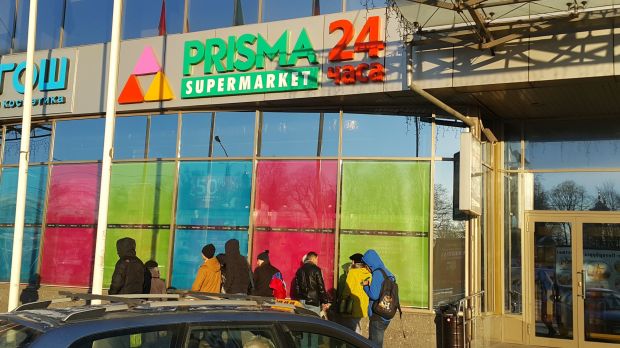 LZ Retailytics
New Prisma supermarkets are likely to be smaller than the current average of 2,000 sq m and will combine local fresh products with high quality Finnish ambient items.

The Finnish grocery market leader S Group, plans to open up to 20 new Prisma stores in St. Petersburg and the Leningrad region by 2022. Currently, the retailer is searching for optimal locations for supermarkets and convenience stores in the region. "We hope to open new stores as early as 2018," said Jarmo Paavilainen, CEO of Prisma LLC.

Opinion Adapting Rather Than Giving Up

S Group originally had the goal of operating 30 stores in Russia, but following the country’s implemented embargo and reduced Russian buying power, it froze further expansion and even closed some stores. Now, it shows that it wants to commit to the market – unlike its Finnish competitor Kesko, who sold off its Russian grocery store network to Lenta earlier this year.

The plan to open supermarkets and even convenience stores shows that the retailer is now adapting to the evolving market situation. It can no longer rely on buying synergies with its Finnish division to the same extent as in the past. Therefore, it has formed a buying partnership with Intertorg, another retailer with a major presence in St. Petersburg; as well as identifying several local suppliers that could take over fulfilment of its fresh assortment. Now, it needs to grow its presence in the country in order to reach a profitable buying volume for these products.

Arguably, St. Peterburg is likely to have been one of the regions least affected by the economic downturn and the one that has recovered the fastest. It also makes sense for S Group to focus on that geographic area due to its proximity to the Finnish border and having the most cultural similarities to Finland.  Even so, competition is intense in the region, with retailers X5, Lenta and O’Key the dominant players. Furthermore, there’s very little space for more hypermarkets there which is why S Group’s new focus on supermarkets and minimarkets makes complete sense. It has recently disclosed plans to do the same in its other foreign market of Estonia.

If S Group can find good sites in the region it could mean an opportunity to steal market share from the likes of X5, Lenta and O’Key. The latter all see limited opportunities to expand in the St. Petersburg area due to the Russian competition authorities disliking their dominance there. We see a trend for smaller formats in the city with banners including Azbuka Vkusa and Spar Express probing the market. With this in mind, the convenience channel makes sense for S Group in the near future. The retailer brings plenty of experience from operating in the channel in its home market.