Opinion Beware When Partnering With Discounters

With ongoing supermarketisation amongst the leading discounters we have seen more and more popular faces at the not-so-no-frills-anymore stores. Last year, Aldi Süd in Germany decided to sell private labels conceptualised by popular fashion and jewellery designer Jette Joop. What sounded like a glamourous idea at first, failed to translate instore. The designs of Jette were staged the usual Aldi way: first wrapped in plastic foil and then thrown into wire baskets. 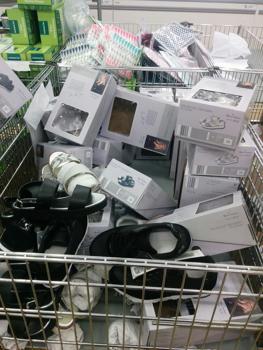 Similar scenario at Lidl. In many of its international markets, it offered a private label hair care range by Britney Spears as well as a similar Paris Hilton collection. In both cases, Lidl first proudly showed the faces of the respective it-girl in its leaflets and then moved the remaining hair dryers and curling irons into rummage boxes with sharply cut prices (up to 60%) when it was time to move on to the new weekly promotion.

For celebrities and licensers targeting the price-cautious young cash-strapped shopper, it might sound like a good idea to co-operate with price-aggressive retailers. However, even if they have invested in store modernisation and range expansion, discounters continue to stick to at least some of their core principles. More often than not, this could have an impact on a product’s visibility and promotional execution and could in the worst case lead to damage of the brand image.