Spain Dia Lays the Foundation for 2018 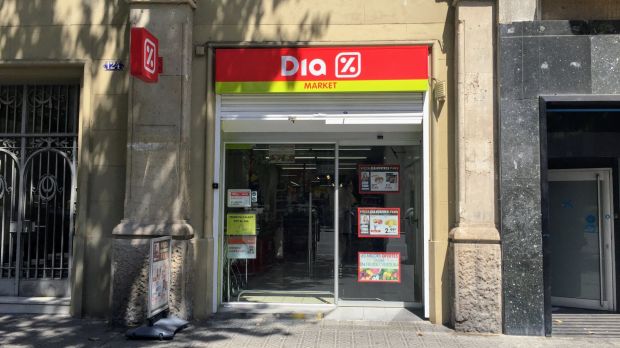 LZ Retailytics
Dia operates 5,343 stores and had a 0.41% share of the European grocery retail market in 2017, LZ Retailytics data shows.

Spanish retailer Dia posted disappointing results in 2017 in its European markets (Spain and Portugal) with revenues down 3.3% to EUR6.59bn. The retailer assured in a statement that the performances lay the foundation for good traction in 2018. Its efforts in strengthening price positioning will be a key contributor, Dia believes, despite its strong impact on the retailer's bottom line. CEO Ricardo Currás noted "Our decision to maintain our price leadership in Spain had an impact on our margins that could not be offset by the cost-saving efforts and benefits from our procurement alliances".

The optimisation of its sales areas and upgrading of the network to the latest store concepts is also expected to contribute to increased momentum. Dia will accelerate the pace of refurbishments, with 1,000 store remodels planned for 2018, up from more than 600 last year. Having now integrated its recent acquisitions into the Dia network, the retailer now plans to resume organic growth and further expansion in its European markets.

The restructuring of its network indeed had a significant impact on the retailer's performances previously, but the positive effect on sales density wore itself out in 2017, and this should pave the way for a progressive resumption of openings. Same-store sales are expected to be positive in 2018 but we remain conservative in our forecasts, expecting Dia to grow on-par with the market from 2020 onwards. 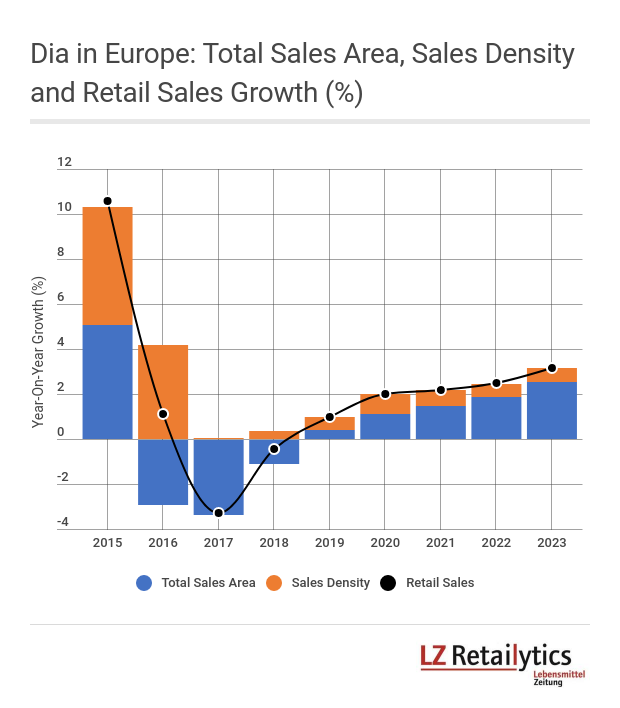 The Spanish market is recovering but competition remains strong. Very much like Dia, most retailers are determined to sustain competitive prices. Dia will be helped in its endeavours by its scale as the third largest grocer in Spain, and its international procurement alliance, although competition is also moving on. Buying group IFA, which brings together numerous mid-sized Spanish retailers, continues to strengthen its position after welcoming Portuguese Sonae and  Italian Gruppo Végé to its ranks.

Dia is also keen to gain a leading position in grocery e-commerce. Its partnership with Amazon is certainly helping the retailer to boost volumes and to gain expertise. LZ Retailytics estimates its market share in the channel at 9.2% in 2017, double that of 2016. As the channel slowly takes off, all competitors are lining up in the starting blocks, from market leader Mercadona's expected relaunch of its proposition in 2018 to challenger Carrefour, which highlighted grocery e-commerce as a top priority globally.

Gain access to more insights and data about Dia and more than 200 other retailers operating across 40 European countries, by subscribing to our retail intelligence platform. Sign up for a free trial here.