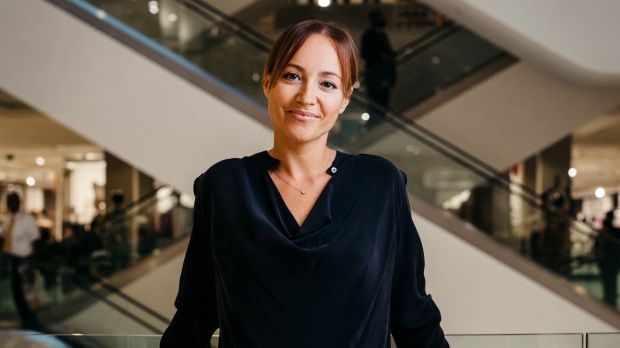 John Lewis
Paula Nickolds set out the latest priorities for John Lewis, where she has been Managing Director since January.

New Managing Director Paula Nickolds has set out the ways in which John Lewis will modernise and differentiate itself as it faces into the challenge of lower profits, a weaker pound and economic uncertainty following Brexit. In a presentation to journalists at its London head office, the department store retailer said it would be the last to sustain price increases in light of its John Lewis Price Promise, but planned to cut costs and change its business model to make itself more competitive.

Differentiation through own brands and exclusives is already a key strategy for the retailer, but the company expects to increase this focus to 50% of revenues, from 35-40% at present. Increased personalisation will also be a feature of its stores, with more one to one shopper consultations across various departments. By 2020 John Lewis anticipates that 50% of sales will be generated online.

Nickolds highlighted that UK shopper expectations were changing “profoundly and fast” and that increased costs amidst a weaker pound meant that retail was becoming “a structurally less profitable operation” than previously. As a result the group, which already announced plans last month to cut 800 roles across its restaurants and administration functions, anticipates more redundancies this year as it simplifies back-end operations. Meanwhile the partnership will scale back on store openings following the three it has planned by end 2018 as it relies more heavily on omnichannel growth.

Opinion Could There be Casualties?

John Lewis has always been seen as the bellweather of the British high street, so when it issues warnings about economic challenges and redundancies we can be sure that there are other retailers suffering in silence – and probably more heavily.

John Lewis has become known for its price promise and this is both a burden and a benefit for the retailer in these more competitive times. By focusing more heavily on exclusives and private label lines, which cannot be compared on price, the retailer is able to side-step some of these price challenges in order to drive profitability. This is becoming a growing trend across verticals and geographies amidst growing price pressures and the need to drive footfall. Fortunately, exclusive own label lines is something that John Lewis is known for doing well.

Although speaking solely on behalf of the department store business on this occasion, the cost cutting mindset can be seen across the entire John Lewis business at present. In early 2017 Waitrose revealed it planned to close six unprofitable stores and remove a layer of management at its supermarkets to reduce costs. It has also scaled back on its free tea and coffee offer to loyalty card holders in recent weeks, requiring shoppers to make a purchase first before claiming a reward. These initiatives demonstrate that the retailer is willing to make sacrifices in order to invest and grow margins.

John Lewis, with its long term vision and omnichannel focus, will no doubt survive these turbulent times intact. But the warning should be taken seriously. These challenges exist across multiple markets in these difficult economic times and particularly in post-Brexit Britain. There may well be casualties among less well-prepared retailers.