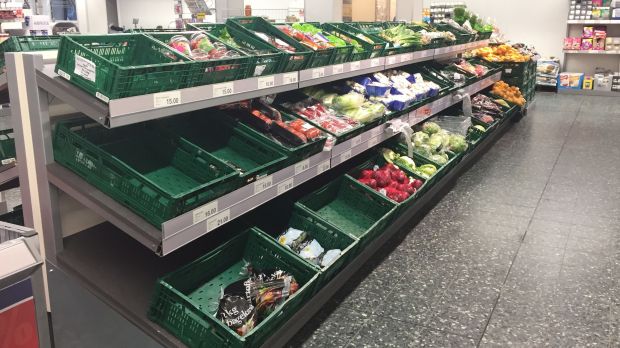 LZ Retailytics
Aldi Nord's stores in Denmark need some fresh inspiration - which is expected to come from the former head of Lidl.

Aldi Nord has appointed Finn Tang as new Managing Director for its Danish operations. The 51-year-old manager joins from arch rival Lidl, where he headed the Denmark division from 2001 until 2016. Aldi Nord expects Tang to execute the company-wide modernisation and investment programme in the country, to improve customer satisfaction, company image and sales. The retailer also said one of his main tasks is to convey the message of “highest quality at best prices, without compromising on sustainably produced goods”.

Aldi Nord entered the Danish market in 1977, but has been making losses over the past years so that it decided for a drastic cut, closing a batch of 32 stores this year. Recently, the owner families agreed upon an international modernisation programme that foresees the refurbishment of its European network according to the Aniko concept, with an investment sum of EUR5.2bn.

28 August 2017
A dynamic posture, a toothy smile, the determined glance fixating something in the distance we cannot see, the elbows wide out, unbuttoning his jacket. This is a photo that portraits Finn Tang in a Danish business paper, and if the Aldi logo wasn’t behind him, one would have easily taken him for a cosmopolitan business traveller in the finance or consultancy industry.

Well, he started his career as a banker, then he joined a Danish brewery. And after that, he built up Lidl in Denmark, making it a successful business, a quarter of a decade after Aldi had entered the market. In spring last year he celebrated Lidl’s 100th store in the discount-dominated country, boasting about the profits that Lidl made in Denmark – while Aldi was making losses. But suddenly, a few days later, he had to leave – “mysteriously”, as the press wrote. We may now know why.

It’s a brilliant coup of Aldi Nord, a company that no-one would have so far thought to be capable of such a move. So far, say, 95% of Aldi’s top management have come from inside the company. Turning a long-standing, successful MD of arch rival Lidl – meanwhile the number one in the European discount market, but not yet globally, where Aldi Nord and Süd still rule – into its own boss is an unprecedented move by Aldi, as far as we can assess the situation.

It is an expression of Aldi’s fundamental strategy change, and its new-found combative spirit. It’s no longer decade-long loyalty that determines a manager’s position, it’s his or her capabilities and experience. Buying knowledge and experience from competitors is no longer a taboo. And Tang’s knowledge is definitely crucial, because for Aldi, something is rotten in the state of Denmark: Despite various attempts, it has been having severe problems. “Too German”, “too systematic”, “too inflexible”, that is how the industry described the discounter’s approach.

But Aldi’s nomination has implications far beyond the Danish borders: It is nothing less than a declaration of war to Lidl. Up until now, managers coming from Lidl have been extremely rare at Aldi, simply because it would have meant taking the enemy inhouse. Obviously, this has changed now – and this states a major threat to all competitors.

Remember that EUR5.2bn have just been waved through by the Nord owners to make the retailer fit for the future. In theory, this equals to EUR1.1mn per store – definitely more than just a few new ceiling banners and overhauled trolleys. But even more so, this may include substantial sums to poach the crème de la crème, the most capable managers from Lidl, Netto, Mercadona, Leclerc, Ahold Delhaize, ... whoever has the best personnel on board.

Aldi, especially Aldi Nord, has been sitting on its money for far too long. Now it is time to spend it.