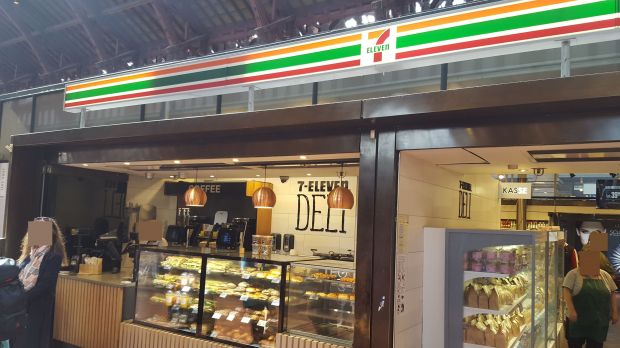 LZ Retailytics
Reitangruppen introduced its Deli food-service counters a couple of years ago as part of its new concept.

Norwegian Reitangruppen aims to open around 55 new 7-Eleven convenience stores in Denmark, the Danish newspaper Berlingske Business writes. Through this plan, Jesper Østergaard, CEO of Reitan Convenience Danmark, told the paper that the franchise chain hopes to reach its maximal potential of 250 stores in the country within the next five years.

Østergaard went on to say that he is not satisfied with the profit which the banner recorded last year; and wants to increase it by further adapting the assortment strategy. Healthy convenience meals and salads will be key categories going forwards and the retailer has already entered cooperations with restaurants and specialists in the area to support improvements in the category. According to Østergaard, healthy product sales are growing rapidly.

The ambition to open 55 new stores may sound trivial, especially when it concerns small convenience stores. However, when considering 7-Eleven’s dwindling store count in the country in recent years, it marks a clear change in strategy. Of course, Østergaard will need to find franchisees willing to invest in a format that has been declining since the liberalised opening hour act in 2012. Even so, the statement shows his belief in the potential of the new 7-Eleven concept.

The fact that foodservice growth has dwarfed that of grocery stores in recent years is of course a clear motivator. The large grocers are also investing heavily in the category but even with the high store densities in Denmark, they simply can’t hope to beat the proximity potential of 7-Eleven.

There are also several blank spots in city centres for the retailer, especially outside Copenhagen. In other areas, it mostly operates in cooperation with DSB train stations and Shell petrol stations. LZ Retailytic’s database shows that 7-Eleven had 186 stores in Denmark by the end of last year – 49 in high street locations, 77 located by train stations and 60 forecourt stores. In comparison, Reitangruppen operated 702 convenience stores in Norway in the same year, including 296 forecourt stores. As the countries have a similar population and retail landscape this signals the Danish goal is by no means an impossible one.