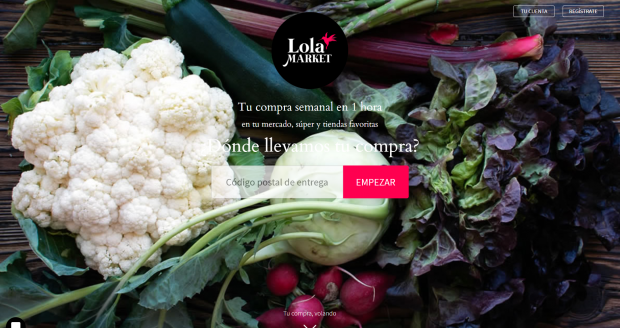 Grocery courier platform Lola Market has acquired its competitor Comprea, strengthening its position in Spain's Tier1 cities, namely Madrid, Barcelona and Valencia. The platform aggregates the offering of its retailer partners (Mercadona, Dia, Carrefour...); as well as selected food specialists and covered markets. Shoppers can select from this catalogue and have the goods picked up from the stores and delivered home by a courier in as little as one hour. "This operation has the key objective to create synergies in the market in which we compete, and strengthen our leadership in the online grocery sector." stated the founder of Lola Market, Luis Pérez del Val.

Opinion Emerging from a Vacuum

Whilst the new entity advertises itself as a leader in its segment, the scale remains largely limited. To give a sense of the scope, Luis Pérez del Val, the founder of Lola Market, announced a KPI of achieving gross sales of EUR12mn. However, despite its modest size, we find the development interesting for several reasons.

We understand the rise of such courier services from the grocery e-commerce vacuum which has long existed in Spain. Grocery e-commerce profitability is difficult to achieve; and in a country which is vastly fragmented among regional retailers - if not city-based retailers - the resources available for such an experimental venture are limited. The economic crisis has not helped large retailers either. Even fast-growing market leader Mercadona has done very little to push its online proposition for a long time. The opportunity to partner with this type of platform is therefore a way that retailers can reach online shoppers with minimal effort.

Besides, online grocery volumes remain too limited for retailers to envisage economies of scale that would reach the much thought-about breaking point. The online grocery channel in Spain recorded a market share of just 0.4% in 2016, LZ Retailytics data shows. Lola Market and the like can offer tools that retailers do not have themselves: an extremely lean structure, low staff costs, no need for infrastructure and no stocks. To finance its business model, Lola Market applies the standard delivery fees, a merchant fee, as well as a mark-up fee of up to 15%. The latter would be difficult for retailers to justify to their online shoppers.

With the economy now recovering and the channel showing signs that it will take off, all retailers – large and small – are reconsidering their online grocery positioning. To give some examples: top dog Mercadona will relaunch its proposition next year; while regional chain Lupa supermarkets recently unveiled its Drive click & collect pilot. This does not take into account the agendas of the pureplay online operators, be it Ulabox online supermarket, or behemoth Amazon relying on retailer Dia to boost its grocery proposition.

In parallel, Lola Market is at pains to point out the viability of its business and showcase its positive operating margin, but is more discreet on its bottomline. From the customer perspective, the service offers some advantages – most importantly the delivery of products from a series of grocers and food specialists, including traditional markets, all within a short time frame.

Within this backdrop, we find it quite telling that the acquisition of Comprea was not completed by any of the multiple retailers already present on the Spanish scene, but by a start up – and its direct competitor, no less. But actually, such a move is not inconceivable: Carrefour did just that in Romania. In any case, this acquisition brings Lola Market in a new phase of its development, building up on the technological superiority of Comprea to establish itself in the online grocery landscape.