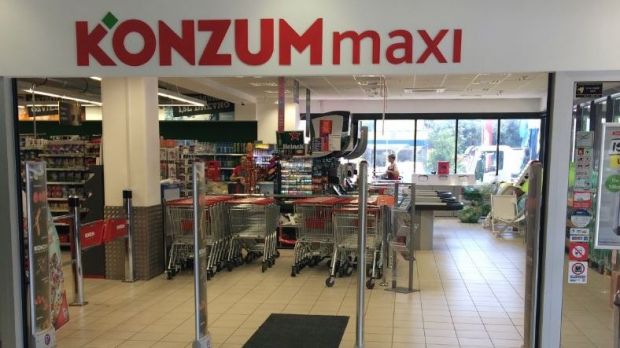 LZ Retailytics
Konzum Maxi stores have been earmarked by Agrokor for downsizing and a concept revision. Considering the fact that the banner is operating sizewise in the same segment as Lidl, this might hint at increasing market pressure from the German discounter.

Agrokor, the biggest food-to-retail conglomerate in the Balkans, intends to restructure to a holding company fully owned by its creditors. As state-appointed Extraordinary Commissioner Ante Ramljak presented to the Provisional Credit Council the new entity would incorporate only profitable business units, while inherited creditor claims would be satisfied in part by equity shares. The final proposal will still have to be accepted by two-thirds of the company’s creditors.

As proceedings over the last months revealed, 5,700 creditors filed 12,000 claims with a value of EUR7.4bn, of which so far EUR5.5bn were recognised by Agrokor’s Extraordinary Administration.

Opinion End of a Hegemony

02 January 2018
The era of hegemony as the biggest ‘from farm to fork’ food to retail conglomerate in the Balkans is over. The strict streamlining for the group’s retail and wholesale segment laid down by Ante Ramljak in Agrokor’s sustainability plan anticipates downsizing the grocery business by almost 15% by the end of 2018. As LZ Retailytics already predicted earlier, Slovenian subsidiary Mercator doubtlessly will go its own way, leaving Croatia as the only market for the group’s core grocery banner, Konzum.

In its five-year outlook Agrokor emphasises the need to optimise two thirds of its medium-sized Konzum outlets in Croatia. This would mainly affect Konzum Maxi stores, which size-wise are operating similar sales areas to Lidl. From the top-ranked Croatian grocery banners Lidl – according to LZ Retailytics data – showed the highest like-for-like growth of 3.8% in 2016 while all Konzum banners posted red figures for the same period. Has Agrokor been losing share of wallet against Schwarz Group’s discount banner in Croatia?

Lidl so far is the only discount operator present in Croatia. As in other countries, it positions itself as an inexpensive high-quality shopping choice for the modern, slightly more affluent but thrifty consumer. At the same time the retailer masterfully walks the thin line between broadcasting its international competence and demonstrating local orientation. For Croatia this tightrope walk is fulfilled by introducing the ‘Okusi zavičaja’ (‘Homemade Tastes’) brand and the ‘Winemakers of Croatia’ assortment, among others.

After rising to second place in our 2016 rankings, passing local supermarket chain Plodine, we now see the German discounter steadily closing the gap to the market leader. Thanks to Lidl's estimated growth of almost 9% in 2017, and to a lower extent Kaufland hypermarkets' development, Schwarz Group will become Croatian market leader in 2017. With market leader Agrokor’s financial manoeuvrability limited and proposed new ownership structure in all probability meaning more complicated decision processes than under a single owner, we believe that Lidl will continue to capitalise on Konzum’s phase of reinvention and increase its lead in the forecasted period. 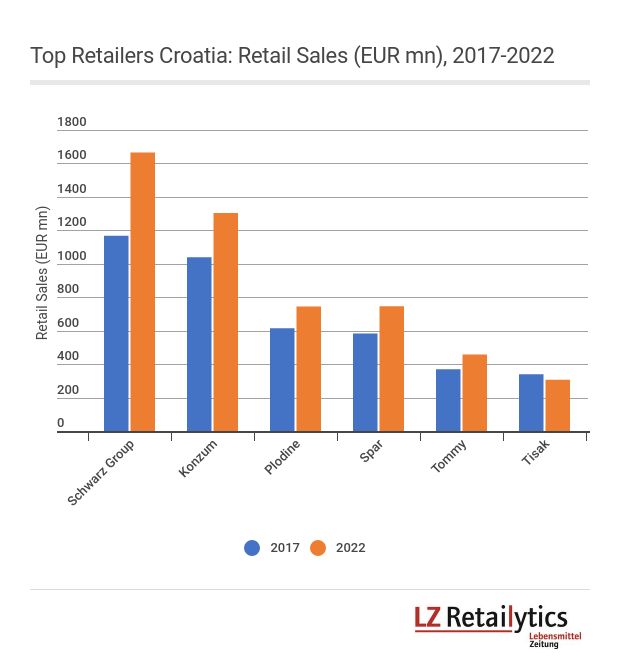 LZ Retailytics
With Agrokor downsizing its Croatian operations significantly, Schwarz Group is estimated to take market leadership in Croatia in 2017.