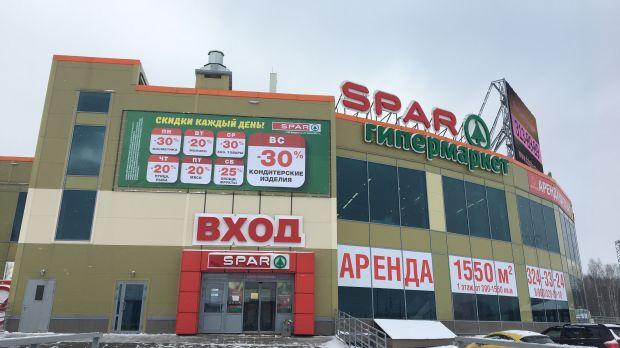 LZ Retailytics
Intertorg operates more than 500 retail outlets in Russia's highly competitive Central and Northwest districts, of which more than 150 are under the Spar banner.

Intertorg, the Spar franchisee for Russia’s Northwest and Central federal district, plans to significantly expand its footprint in Moscow and St.Petersburg. As retail.ru reports, for the year 2018 the company aims to increase its store count by 100 minimarket and supermarket outlets, of which 60 will operate under the Spar banner and 40 under the ‘Narodnaya Semya’ logo. Additionally, the retailer plans to add three Spar hypermarkets by end of the year.

Increasing competition levels in St.Petersburg and surrounding Leningrad Oblast have led the Russian Federal Antimonopoly Service (FAS) to inspect the market concentration of federal players in the Northwest. Accordingly, X5 has mapped out expansion for its Pyaterochka banner in the area only until May, since then the FAS is expected to publish market shares and potentially impose bans on further store openings.

The Intertorg-Spar alliance is a worthy opponent for federal players such as X5, Lenta and Okey. Although currently only bringing up the rear in LZ Retailytic’s top 10 retailer ranking for Russia, the Petersburg-based company is expanding undeterred by the market leaders' close vicinity.

Initially a locally focused retailer with a low national market profile, Intertorg is now driving its acquisition activities into the regions, unifying its store network and leveraging the Spar license in Russia’s northwest, growing on par with market leaders such as X5 and Lenta in terms of year-on-year revenue.

Following initial plans to keep its own and franchised stores' operations separate, Spar's international brand image and operational know-how has led Intertorg to adopt a strategy of case-by-case reviews, reformatting and rebranding its patchwork of stores. Particularly in Moscow, where competition to win over largely brand-conscious consumers is intense, the retailer now appears to be sailing successfully under the Dutch franchise's flag.

With Spar’s international brand halo becoming more and more attractive amidst accelerating market consolidation, we are convinced that Intertorg will be able to successfully defend its position and expect the retailer to grow noticeably above market average in the medium term. The Federal Antimonopoly Service (FAS) cracking down on national heavyweights such as X5, Lenta and Okey on Intertorg's home turf will only increase strategic leeway for the retailer in the future. 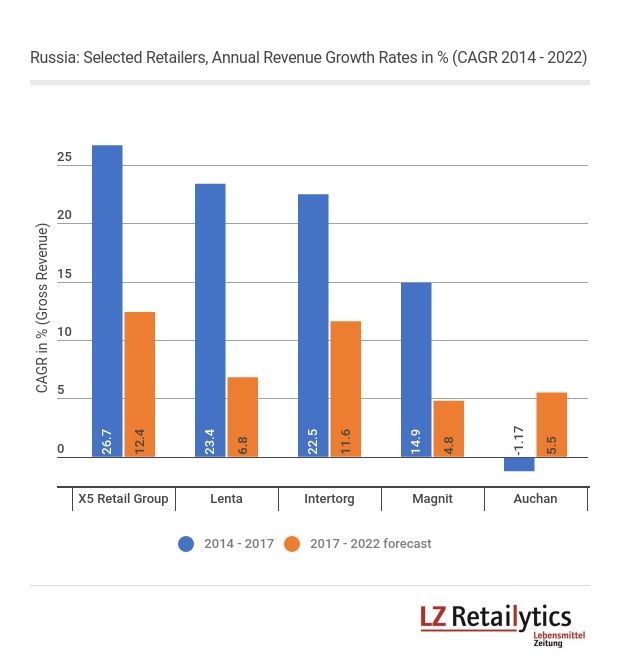 LZ Retailytics
Almost unnoticed in the shadow of federal heavyweights such as X5 Retail Group, Magnit and Lenta; Intertorg has recorded double-digit growth each year during the financial crisis. If the announced store openings come to fruition, we expect the retailer to continue this positive trend for the forecasted period.