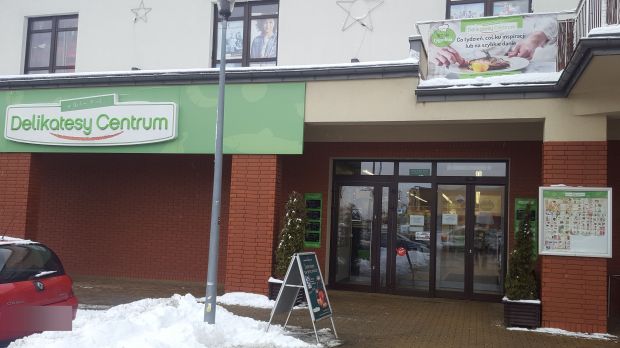 LZ Retailytics
Delikatesy Centrum is designated to become Eurocash's retail mainstay. With the integration of the acquired Eko and Mila chains delayed and competition in the proximity segment intensifying, Duży Ben may be the next stepping stone to drive the group's results.

The largest Polish wholesale operator, Eurocash Group, plans to roll out its Duży Ben (‘Big Ben’) liquor store pilot concept on a national level. CEO Luis Amaral, quoted in Handelextra, has said that the company will develop the banner through franchises, extending its current network of 12 stores operating in and around the city of Poznań, to a country-wide presence. The Duży Ben sales concept offers a one-stop-shopping solution for various occasions, with two of its key features being a wineomat system and offering draught beer directly from the tap.

This announcement from Eurocash is well timed. The successive closure of Cash & Carry outlets has been attributed to the group’s dwindling wholesale customer base, burdening group results and driving the company to step up its retail integration.

The group’s current retail mainstay, Delikatesy Centrum, has been steadily improving its attractiveness, principally by introducing commercial concepts such as ‘Fresh Project’ and ‘Faktoria Win’, but we feel that to date the banner has not reached its full potential. The more than 400 Mila and Eko supermarkets lined up for integration have not been converted yet, partly because of the wait to hear the final decision of the Polish Office of Competition and Consumer Protection (UOKiK). At the same time, direct competitors such as Dino, Stokrotka and Polomarket supermarkets have all been increasing their footprints and refreshing their customer offer.

For Eurocash, showcasing its Duży Ben banner for national roll-out accomplishes two things at once. On the one hand, from a commercial aspect, the move taps into a high-margin, high-growth market segment, that so far is relatively untapped by organised retail. If Eurocash pursue this as an agency franchise, similar to the approach of Żabka minimarkets, this might even imply the possibility to open on Sundays, de facto creating a monopolist position.

On the other hand, from a shareholder perspective, bringing the liquor store concept to the fore emphasises the group’s ability to self-invent itself in a shrinking market segment, bolstering credibility. In Eurocash’s official communications, many promising ventures have to date been handled only tersely under the somewhat mysterious ‘projects’ headline. Now, a couple of days before the group’s results for the full year 2017 will be made official, this information might be well-timed to underline Eurocash’s claim as the innovation leader in the wholesale segment.