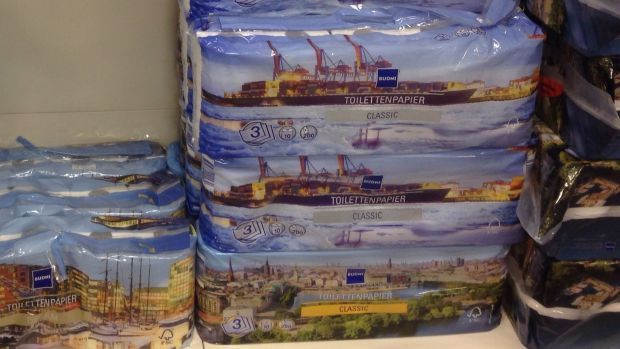 Edeka is ready to start the joint enterprise it has formed with Hamburg-based Budnikowsky to enter the drugstore market, Lebensmittel Zeitung has learned. The German market leader wants to roll out the new concept through most of its regional divisions under the Budni logo independently, while, notably, Budnikowsky itself will pursue a separate expansion under the same banner.

As of 1 March, areas such as buying and marketing; advertising and communication; shopfitting; central buying; and IT services will be transferred to the new joint enterprise. Both partners expect better buying conditions to generate savings of a near-to double-digit million euro sum. Budnikowsky, which will quasi be treated like an independent Edeka shopkeeper, plans to leave its Hamburg home region for the expansion, moving into the Berlin area first.

This is not the first attempt of the big grocers in Germany to venture into the lucrative drugstore market. Offering not only higher margins, new growth potential, but also the promise of a more upscale image; an image that will radiate across the entire store. Moreover, the high innovation cycle of its products attract trend setters and younger shoppers alike. If they do it right, of course.

The past attempts weren’t actually particularly successful. Edeka’s Elkos drugstores; and indeed Rewe’s Idea and Sconti drugstores are things of the past. And the leading discounters’ attempts to exude competence in this category have for the most part been discontinued and scaled back – as if they were admitting defeat. Including all the recent brand listings, Aldi Nord’s beauty, health and personal care range comprises some 100 items, not more. Plus, a further 27 cleaners and detergent products.

The leading drugstore brands are too strong; and their business model is too sophisticated to simply be copied. Which is exactly what one would say about the discounters – one cannot run a discounter single-handedly by dabbling – this also applies to the drugstores. And primarily this is for the same reason: they are family businesses, which makes them driven by criteria other than pure sales and profit maximisation – including personal vendettas, at times. Especially at drugstores, which are about selling a lifestyle, health and added value – a vision is more powerfully communicated to staff and shoppers when it is lived and breathed by those people backing the enterprise. This is why a purely centrally managed, company-run, anonymous entity will have a hard time against the likes of dm. This speaks against the regional Edeka version.

This does not really bode well for a new market player – one that is in itself divided; in a small, but family-driven business; and a bigger one, but in this instance a centrally and corporate-driven company. However, times are changing. The long-time double-digit growth rates have come to an end for the drugstores. Price competition, which has been utterly fierce for prominent products not only between the drugstores themselves but also in the supermarkets and discounters, is becoming less important. Market leader dm has reduced its price transparency instore, taking down the papers listing all recent price changes. Price fights, even those with the discounters, are no longer dragging on for eternity (cleverly, increases often encompass an entire category, most recently for hairsprays, for instance, to reduce evasion movements of shoppers).

This is an indication that, with slowing expansion, the drugstores are interested in achieving a quieter competitive situation (also here, just like the discounters). Growth then needs to come from higher like-for-likes, no longer from opening new stores. In fact, this could provide some room for manoeuvre for Edeka.

The Berlin region makes great sense, ditto the north and the northeast. Why is that?, one might ask – after all it is not the most affluent area. The answer is because it can fill in the role of the number three in the market, Müller, which is virtually non-existent there. If you draw a line from Hamburg via Magdeburg to Dresden, east of that, there aren’t even 10 of Müller’s approximately 540 German stores. In Berlin, there are two now as the third was closed last year.

This is why Budni could definitely have a chance there. Surely, its core concept should stand out from a dm or Rossmann and become more Müller-like – a drugstore with some household goods and non-food categories on top. In the long run, Edeka would benefit from synergies for its supermarkets as well – a clear advantage over rival Rewe.

That said, this would all be watched like a hawk by the Rossmann family and dm. And should there be any murmur of danger coming from the new Budni, the price fight may start all over again: first regionally and then by means of the discounters and supermarkets, nationally.