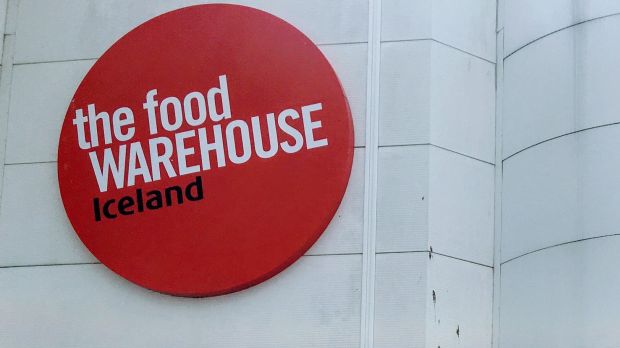 LZ Retailytics
Iceland reports that it has added 24 Food Warehouse outlets to its portfolio, taking the banner to 36 stores

Iceland Foods, the frozen foods specialist, has emerged as one of the fastest growing retailers in the highly competitive UK grocery market. According to its most recent annual results released last week, the retailer has increased sales by 4.2%, with 2.0% growth on a like-for-like basis – putting Iceland well ahead of many of its peers. Key to its recent success has been its multichannel approach, with strong growth from its online business; as well as its growing out-of-town ‘Food Warehouse’ concept, which is reducing its reliance on the high street. Iceland has also created a new store concept for its core banner, which to date has been rolled out to three of its stores, with early results looking promising according to the retailer.

In the report (for the year ending 24 March 2017), the frozen food retailer also highlighted its continued commitment to new product development. Iceland has recently invested GBP 2mn (EUR 2.44mn) in a state-of-the-art development kitchen at its Deeside headquarters. Innovation in the core frozen product range has been complemented by improvements in its chilled and ambient selection, as well as a continued focus on competitive pricing of core lines.

Iceland has without doubt had a bumpy ride, right back to its buyout of Booker in 2000 (watch out Tesco?!) and its consequent re-birth as part of ‘The Big Food Group’. It has always done best when it has focused on frozen and in 2015, following a much less serious blip in performance, the strategy to develop a truly differentiated offer from its competitors was the right one.

These measures are now bearing fruit. An extensive marketing campaign that talks about the ‘power of frozen’ – highlighting the unique benefits of frozen foods such as affordability, value for money, lack of waste and naturalness – is paying off as many shoppers reappraise frozen food, and indeed Iceland as a retailer. Of course, some remain unconvinced, but for those who like shopping at Iceland, the breadth and uniqueness of its frozen range means that its shoppers really can’t go anywhere else for many of its products.

The retailer has put its money where its mouth is in terms of its commitment to innovation – as it seeks to drive spend from existing customers and entice new ones – by building a state of the art development kitchen; and staffing it with a team led by ex-Michelin star restaurant chefs. We should expect the pace and quality of new products to be on an upward trajectory following this significant investment.

Iceland has demonstrated it can be innovative in terms of store concepts too. Just under three years ago Iceland launched its ‘The Food Warehouse’ banner, which is now a 36-store strong chain, offering a broader assortment in a larger sales area at out-of-town locations, to complement Iceland’s primary presence on the high street. The online offer was relaunched a few years ago, using the existing fleet of vans servicing Iceland’s home delivery proposition. Now that volumes are building the retailer has opened its first dark store, to be followed by another this summer, to take the pressure off stores and expand the range on offer. Most recently Iceland refitted its Clapham Common store last October revealing a completely new look with state of the art freezers and categories such as craft beer, self-serve Lavazza coffee and food-to-go added to the proposition. Two further stores have now been refitted and according to the retailer’s annual report there are plans for a national roll out.

Iceland may not be a store for everyone, but its strategy to differentiate and reinvent itself for growth has paid off over the past year. The company’s marketing campaign, investment in product development and new store formats have all come together to drive the retailer forwards in a highly competitive market.