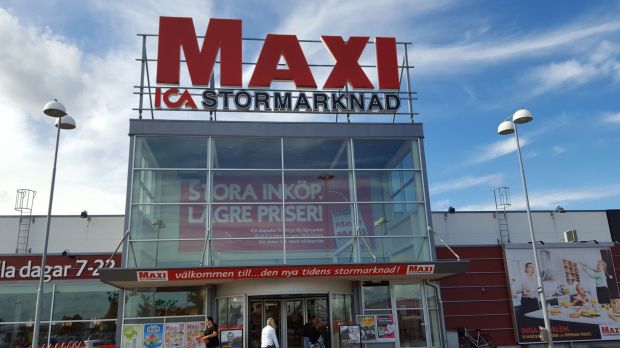 The Swedish grocery leader Ica Gruppen has disclosed in its Q3 report that its grocery e-commerce sales increased by 49% during the first nine months of this year. Prepacked grocery bag sales grew by 21% while the bulk grocery selection increased by 59%. By the end of the period around 200 stores were selling through the retailer’s grocery e-commerce platform.

Total net sales across its Swedish stores grew by 2.8% (2.2 % like-for-like) in the nine-month period to SEK84.981bn (EUR8.947bn). The strongest growth came from the the retailer’s Maxi hypermarkets, which recorded a comparative sales increase of 2.9%.

The surge in grocery e-commerce turnover becomes all the more impressive when considering that the number of stores offering the service has barely increased during the year. We see this as a testament both to the high demand for online grocery shopping in Sweden and to Ica Gruppen’s ability to satiate it. If the retailer manages to maintain this growth level throughout the year, LZ Retailytics estimates that its turnover will exceed SEK600mn (EUR63.37mn), surpassing all other traditional Swedish grocers in the field.

Likely related to these impressive growth figures is the outstanding sales performance of Ica Gruppen’s Maxi Stormarknad hypermarkets. Many of these have namely adopted the retailer’s grocery e-commerce platform. Despite the retailer reporting a general decline in non-food turnover, the format showed by far the strongest sales growth of Ica’s banners in the nine-month period. It’s likely that the assortment and price perception initiatives during the year have become most noticeable there, resonating with shoppers and leading to success. These initiatives comprise price reductions across categories as well as strenghtening areas like organic, health & beauty and local items. 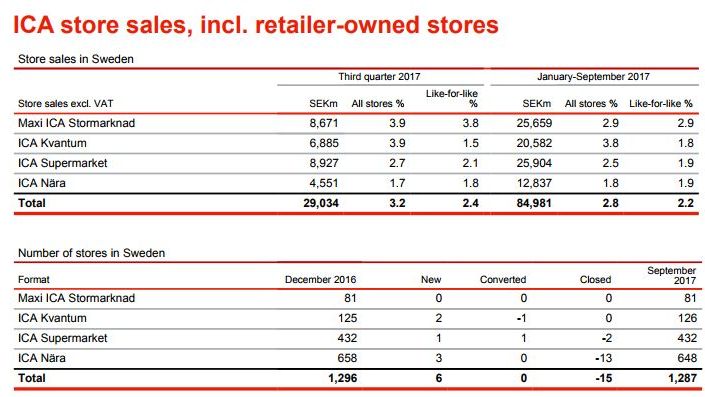 Ica Gruppen
Ica Gruppen's hypermarkets had the highest like-for-like growth while Kvantum superstores grew the most in total.
Saving the grim news until last, it should be mentioned that competitor Axfood’s year has been stronger than Ica’s when looking at growth figures. The number two grocer’s Willys budget superstores reported like-for-like growth of 4.3% in the first nine months and its Hemköp supermarkets 3.3%, both beating Ica’s strongest format. Of course, we should keep in mind that Ica Gruppen's sales densities are already outstanding in the market. Even so, with both Axfood and discounters Lidl and Netto investing heavily in their operations, Ica Gruppen is right to continue fighting on two fronts, at the same time improving its assortment and its price perception.