Spar Austria has opened a convenience store in a former small supermarket location in Vienna. The store offers products aimed at shoppers on the go as well as tourists. The convenience private label line Spar Enjoy is prominently featured in the store with sandwiches, smoothies and other food-to-go products. To enable a quick shopping experience, the store is also equipped with self-checkouts.

Opinion Is Austria Ready for Convenience?

Convenience seems to still be one of the hot topics in European grocery retail. Even retailers that appeared to be hesitant regarding this channel before have now embraced it. No wonder as sales densities are often higher compared to those of supermarkets. To name one, Swiss Coop that only slowly began piloting stores in the convenience segment in 2015 is now in a position to harvest the fruits of this venture: Sales per square metre at Coop To Go is more than three times higher than at its supermarkets, LZ Retailytics data shows. Earlier this year, the Swiss Number Two acquired 30 Aperto stores that will probably be converted to this format and thus cause an additional boost.

A short look at the current situation in Austria, however, shows that the success can not automatically be transformed to other markets. Spar Austria is the exception; no other big retailer is running a convenience store format at the moment. This adds to Spar’s recent move on the sales floor of its hypermarket banner Interspar which operates dedicated convenience areas in a few stores (Interspar Take Away) as well as a few Interspar Pronto stores adjacent to its hypermarkets. Hofer (Aldi Süd) provides similar areas in its stores called Cool Box while competitor Billa (Rewe Group) equipped newly opened supermarkets with ‘Billa To Go’ areas where shoppers can get snacks and hot drinks. This is not Rewe Group’s first attempt to get a share of the convenience market. It was actually one of the first movers launching a dedicated concept called Billa Box in 2009. The concept was discontinued due to lack of success with the last stores being rebannered or closed in 2015. 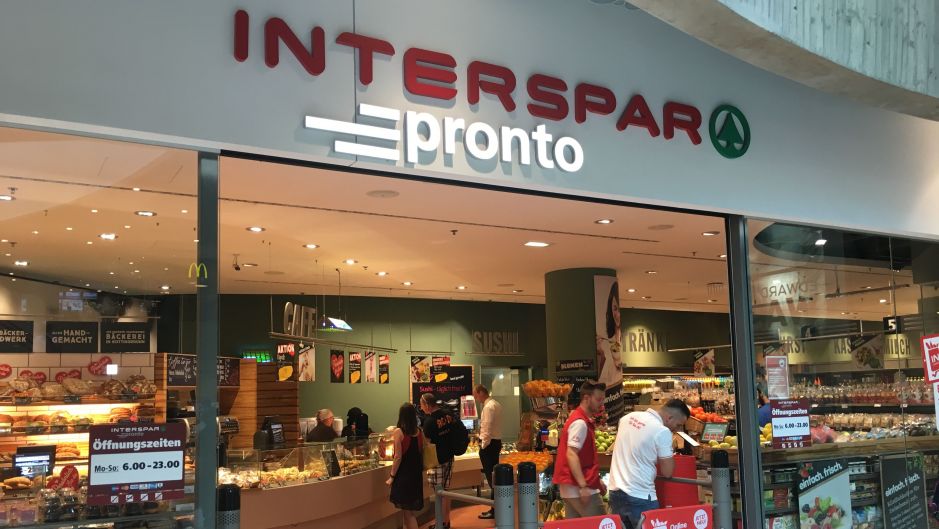 Standalone convenience stores have been hard to find in Austria. The minimarket sector is dominated by neighbourhood stores like Rewe Group’s Adeg and forecourt stores like Spar Express. Convenience stores are usually located in urban areas with high footfall. The Austrian landscape, however, is very rural which means that shoppers do not really require stores to cater for immediate consumption. In contrast, neighbourhood stores in villages find a larger target group, as well as larger supermarkets and hypermarkets that shoppers can drive to. Vienna and a few other cities are the exception. As a result the market is nearing saturation in urban areas, which makes it difficult to find suitable locations and rents are also expensive. This means, stores operating there have to be extremely successful in terms of sales.

We doubt that Spar Austria will open more than a handful of these convenience stores in Vienna and other larger Austrian cities. In other locations, the more logical approach will be to continue offering convenience areas within hypermarkets and supermarkets as well as adjacent Interspar Pronto stores. Austria may be a country where convenience stores might not have the success they have in other European countries such as Switzerland or the UK.