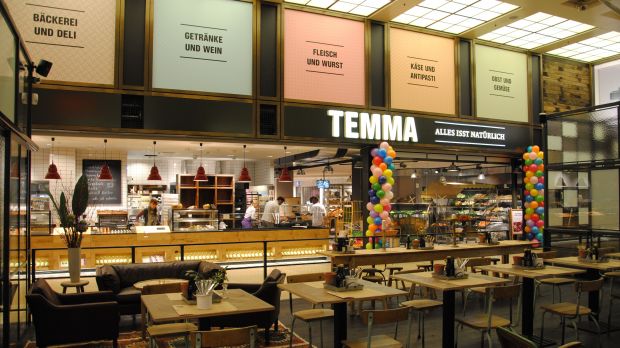 German Rewe Group has decided to discontinue its organic food banner Temma, Lebensmittel Zeitung reports. In January, seven of the nine stores will be closed. Christiane Speck, who built up the format at Rewe Group, will take over the remaining two stores, located in Cologne. The retailer plans to integrate parts of the format into its supermarket assortment.

Rewe Group struggled for some time with Temma. Even the optimisation of the assortment and a changed store layout couldn’t help to make the banner profitable. The first Temma store was opened back in 2009 in Cologne.

Opinion Outperformed by the Specialists

The big question is: why did Temma fail to be successful? Launched as long ago as 2009, Rewe Group only opened nine stores since then. The retailer previously had ambitious expansion plans which it never fulfilled and then dismissed last year. The appetite of German customers for organic food cannot be blamed. According to figures from Bund Ökologische Lebensmittelwirtschaft (Federation of Organic Food Industry), the German organic market grew by nearly 10% in 2016. Already 41% of German shoppers buy organic products whenever possible. So on the face of it there is a huge potential for organic food stores in Germany.

One of the problems for Temma could have been the level of brand awareness – or lack of it. The banner is barely known, even in cities where a Temma store is located. The reason could be the layout of Temma stores, which are rather upscale even compared to other organic food stores in Germany. In addition, Temma stores offer serviced counters not only for meats, charcuterie and cheese but also some antipasti and teas. The stores usually also feature a deli corner where customers can sit and eat sandwiches and other food prepared directly instore. However, these features add a huge amount to the personnel costs of a store. Other organic chains in Germany have a rather no-frills approach compared with Temma. It seems there was a lack of a target group amongst German customers for an upscale organic food store.

Another reason could be the dominance of other organic food store chains such as Denn’s and Biomarkt (both belonging to Dennree) as well as Alnatura. These chains don’t have the upscale store layout that Temma was offering. However, they have also faced into the shift in consumers' organic buying habits from specialists towards supermarkets, discounters and also drugstore operators. These retailers increasingly have launched their own private label lines and expanded their assortment. Temma itself didn’t have an extensive private label offering, only offering own-brand wines and Rewe Bio from its parent company. Alnatura, for example, can capitalise on its widely known private label offering. Additionally, specialist retailers must take care when adding costs, such as foodservice offers to their stores. Temma was too small and specialised to gain sufficient footfall to make this business profitable. We believe that integrating parts of the format into its supermarket offer is now the best way forward for Rewe Group, in order to capitalise from the effort it has put into the operation. 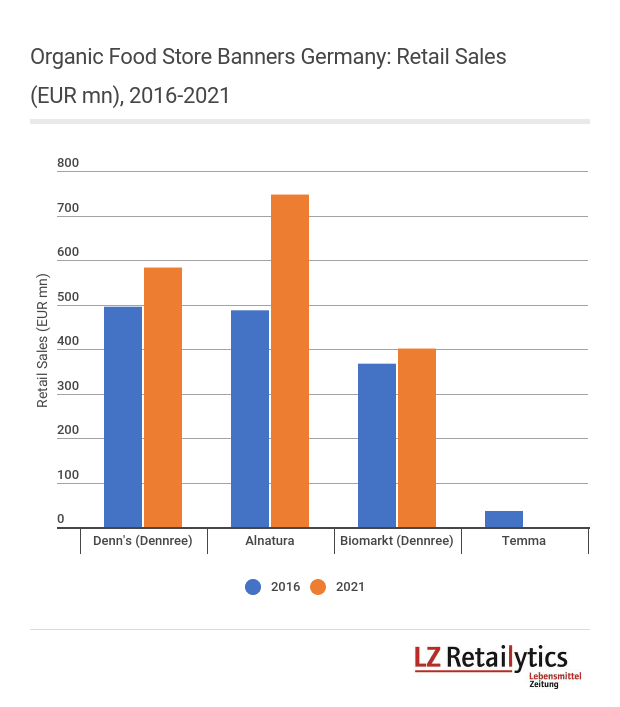