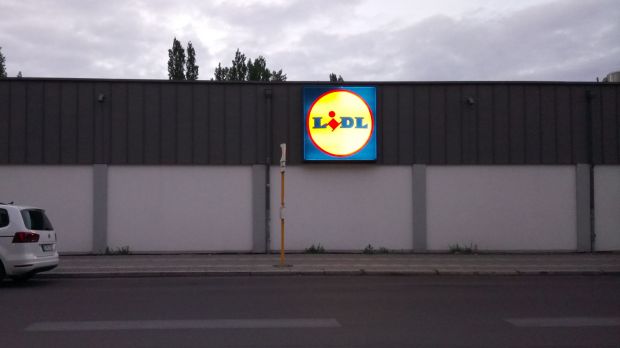 LZ Retailytics
Grey skies for Lidl: The Schwarz Group-owned discounter is known for industriously working on new concept elements, setting new industry standards. Is it currently suffering from a paucity of new ideas, being pushed into a position of reaction rather than action?

Marin Dokozic, hitherto head of Lidl in Germany, has left the business. The Schwarz Group-owned discounter has confirmed that Matthias Oppitz has assumed operational responsibility for Lidl in its home market with immediate effect.

Oppitz, aged 40, has been on the board of directors at Lidl Stiftung (Foundation) since October 2014. Prior to that, he spent some time in Switzerland to accelerate expansion there. Dokozic, meanwhile, started his Lidl management career in Croatia and was later assigned to lead the Portuguese business.

Oppitz will take on an additional role on the board of directors – he will also be responsible for the Lidl Digital division. He is tasked with further advancing the e-commerce business and further dovetailing the bricks-and-mortar and digital operations. Just a few months ago, Lidl significantly scaled back its online shop in Germany, giving up on offering groceries with the exception of wines and spirits, focusing on non-food only.

The pressure to save must be high at Lidl and its parent Schwarz Group. Only last week, the leading European grocer decided to opt for BMWs instead of Audis for its estimated 10,000 or so company cars. It’s still BMW, you’d say! But one must know that Audi has a plant with roughly 14,000 workers in Neckarsulm, the home town of Schwarz Group, which has only around 26,000 inhabitants. So, the danger of messing up with the biggest local employer, its employees and local politicians alike – that’s a big risk in a region where good connections to the mighty are crucial.

The decision was fully financially motivated, the retailer said. At the cost of loyalty, obviously. In contrast, when Marin Dokozic joined the German board some 2.5 years ago, Lidl was still on a spending spree. Until a year ago. It was in February 2017 that Lidl International boss Sven Seidel had to leave (Seidel had come from Porsche Consulting, a sister company of Audi, by the way). His departure was allegedly due to building lavish ‘glass palaces’ and wasting too much money on 'dubious' initiatives such as Click & Collect stations and a grocery online shop.

After him, others left; among them the e-commerce boss and the head of marketing. But also Dokozic’s short-time predecessor, Daniel Marasch had to go. He was reportedly facing major challenges with Lidl’s biggest market venture yet, in the USA. But what was the reason for Dokozic – who obviously did a great job in Croatia and Portugal – falling out of favour with group CEO Klaus Gehrig?

It is widely assumed that both Aldis – Nord and Süd – are growing faster than Lidl thanks to their strategy change. And indeed, Lidl is forced into an unfamiliar situation of lower public attention, arguably even into a position of reaction, rather than the action it was used to. An example from last week: arch rival Aldi Nord held a rare press conference about building flats on top of single-storey Aldi stores. Nothing unusual, a retail expert would say. But the German press was nothing but enthusiastic (if you can use this word in connection with Germans) about this move; as were the reader comments. Aldi’s clever move was to incorporate the public discussion about a pressing political issue – creating housing space in overcrowded, but growing cities. In the past, public successes were mostly Lidl successes.

Lidl’s management hasn’t done anything major wrong in its German stores recently - besides, perhaps, not showing enough new ideas. It is simply that Aldi Süd, and particularly Nord, are making up leeway and are pulling out all the stops when it comes to marketing and sacrificing basic principles. In other words, going the way of supermarketisation. And this includes Lidlisation first – implementing what Lidl has always had and optimised – such as new brands; brand promotions; beefing up its fresh offer; and jazzing up the instore bakeries.

Lidlisation: What could be a greater compliment for Lidl? – finally, Aldi is becoming a Lidl – that is, it is becoming a new pain; and making itself felt in the top line growth of its competitor. Just like Lidl copied Aldi in every detail in the past, with a bit on top to make Lidl an ‘Aldi +’; now Aldi is giving Lidl tit for tat. Unfortunately for Lidl, there is no end in sight for Aldi’s pursuit race, especially for Aldi Nord. And this may even go to the heart of Lidl’s business – remember the new Danish Aldi Nord boss, whom the retailer poached from Lidl’s top management (see: Declaration of War)! Unthinkable by old Aldi standards, when such a move would have been seen as the pope suggesting Martin Luther as his successor.

Nonetheless, there is so much space still left in Europe for Lidl to expand and optimise its otherwise smoothly-running operations, that there is no need for major concern about growth potential. What speaks in Lidl’s favour, and for its ongoing compliance with the concept of a discount store despite all frills and squiggles, is the cap on spending – and the dispensation with extending its ranges endlessly (see our Supermarketisation report). Extending the ranges can only be the last option. Limiting its offer and capping costs is 100% discounter style.

Lidl seems to be returning to where Aldi is moving away from, like so often in an anticyclic manner. What did we hear in the past years about artful wooden crates and elaborated shelves for wines at Lidl & Co.! Some of the latest wine departments at Lidl, however, were surprisingly sober: there were simple shelves and a reasonable range of wines. Maybe in ten years, Aldi will also get back to this point.