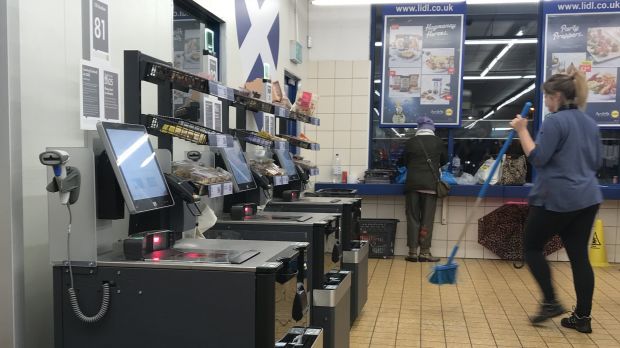 LZ Retailytics
Both German discounters, Lidl and Aldi Süd, are pushing ahead in the UK market with new stores and innovative ranges. New services are also being trialled, such as these self-checkouts currently being tested by Lidl UK.

Schwarz Group banner Lidl has announced that it will build its largest warehouse yet in the UK. The proposed site in Luton (north of London) will create up to 1,000 jobs and at 93,000 sq m will be double the size of any of the retailer’s existing UK distribution centres. The warehouse will manage the supply and distribution to Lidl stores in and around the M25 area, for both food and non-food.

The retailer also announced that it will be opening five new London stores in the next two months and the new warehouse will support these new stores, as well as its “ambitious expansion plans in and around the M25”, according to Ingo Fischer, Lidl UK’s executive board member for expansion and development.

The announcement forms part of a plan that was revealed back in the summer, when UK CEO Christian Härtnagel announced a GBP1.45bn (EUR1.8bn) investment over two years to accelerate the retailer’s UK expansion. In line with the original announcement, logistics will form a large part of the investment to support Lidl’s expansion – hence the opening of its largest UK warehouse to date, with three more to follow later in the year. A slick supply and distribution operation behind the scenes will be critical to maintaining Lidl’s efficiency as it expands; and the opening of four warehouses in 2018 far outstrips previous plans “to open a new DC every year”.

The retailer also said that it would be opening some 50-60 stores in the UK this year. We might expect around 12% to be in London, based on the proportion of the population living in the capital city. To open five London stores in just the first eight weeks of the year would suggest that Lidl plans to over-index on the capital – endorsed by the opening of the Luton distribution centre, less than 50km away, to support these new stores. Lidl clearly sees Greater London as the focus for its expansion, building on the 50+ stores it already has in the region. The retailer has identified no fewer than 275 locations across London that are of particular interest for store sites in its quest to ‘double its portfolio’.

This is not something that is going to happen overnight, however LZ Retailytics forecasts that Lidl will reach 1,000 stores in the UK in 2022, not bad for a retailer that only entered the UK market in 1994.