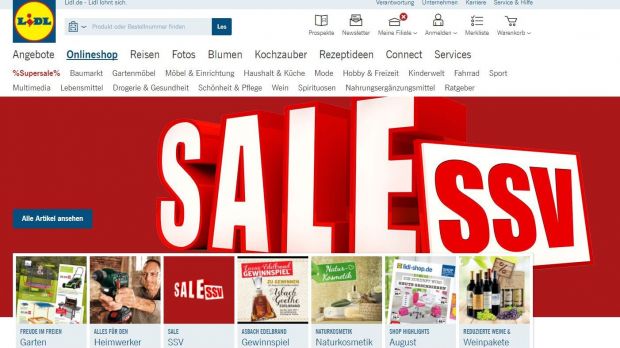 Screenshot Lidl.de
Lidl has reduced the range of ambient grocery items it used to offer online in Germany.

Reichle used to be Head of Company Development and worked as a consultant. He will be in charge of the roll-out of Lidl’s online shop, which is currently available in Germany, Belgium and the Netherlands and understood to be coming soon to the Czech Republic.

Opinion No Need for a Digital Pioneer

Lidl has decided to pass on the digital baton to Thorsten Reichle who – besides overseeing some digital projects in the past – has not really been an e-commerce expert so far. Reichle does not need to have a CV filled with former online positions. He is probably not meant to come up with an innovative grocery e-commerce solution or to help the discounter to gear up for the increasing online food retail competition. His main task will be the international roll-out of the traditional and non-food focussed Lidl online shop. Any existing experiments with online grocery have already been scrapped, such as the plan to roll out click & collect across Germany or initial pilots of its own delivery service. The non-perishable food range offered at the German Lidl online shop has been drastically reduced, despite being at first expanded signalling a clear plan to push the segment. Lidl’s Vorratsbox scheme, comparable to Amazon Pantry, disappeared from its German online shop, too.

When Lidl acquired online recipe/cook box provider Kochzauber at the end of 2015, it seemed as if it wanted to also inhale some of the start-ups' energy to get some fresh thoughts on its online grocery business. Now, almost two years later, the fruits of this move are hard to find. It seems as if the integration itself has been executed only hesitantly. Kochzauber is not integrated into Lidl’s online shop but has a tab on the discounter’s corporate website. It is the sixth section located between “Flowers” and “Recipe Ideas”.

We live in a time when Amazon Fresh is creating overall nervousness in the European market, where now even the smallest grocers are turning to at least experiment with grocery e-commerce. As a result, it seems  an odd move by the discounter to retract its online food antennas – but only at first glance. It appears that discounters have a conceptual disadvantage in this field. The challenges all grocers have to face when turning to e-commerce multiply for operators of this price aggressive format, with low-margin staples having an above-average share. There is no opportunity to compensate for this with the same strategies discounters use offline: low staff costs, no service, high turnover and streamlined processes. As a result, it would be difficult if not impossible for Lidl and Aldi to obtain cost leadership – and this means they will be missing their most attractive attribute in the digital world. Understandable that these players have at least for now decided to move in a totally different direction.