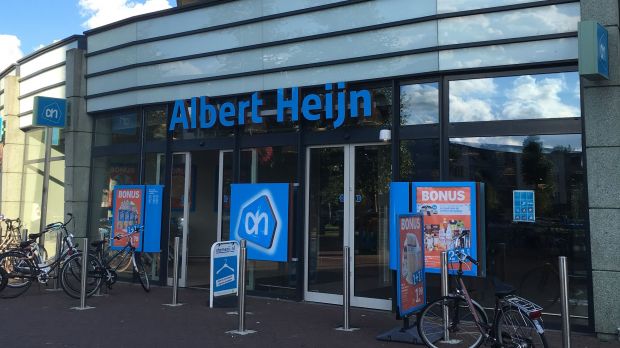 Just over a year after the merger, Ahold Delhaize has reported its first combined half year results. The Dutch market leader compared net sales for the first half of 2017 with pro forma figures for 2016 as if the merger had occurred on the first day of Ahold’s 2015 financial year, in order to provide comparable figures. On this basis, overall net sales for the retailer grew 3.2% to EUR31.8bn in the first half of 2017 versus the same period in the previous year.

On 24 July, Ahold Delhaize celebrated the first anniversary of the merger of Ahold and Delhaize Group. The publication of the H1 results is an ideal opportunity to reflect on the progress of the still relatively new-born entity, which is currently the 13th largest retailer in Europe. According to CEO Dick Boer, merger-related savings are progressing better than projected. As a result, the retailer expects to achieve EUR750mn gross synergies by 2019; EUR250mn of which will be reinvested in its brands. This seems to be the most positive story that Ahold Delhaize is able to tell on its first anniversary.

On the downside, business segments that had faced difficulties pre-merger are still struggling. The US operation, for instance, which accounts for over 60% of total turnover, has posted stagnating sales growth. It is unlikely that the situation is going to improve any time soon. On the contrary, the business is going to face new challenges in the near future: German discounter Lidl is expanding in the country and Aldi and Walmart are not going to stand still – more likely they will react drastically to this development. Meanwhile, it still remains to be seen what Amazon’s acquisition of Wholefoods will bring to the market.

In Delhaize’s home country of Belgium, the retailer posted a sales drop in H1 2017 compared to H1 in the previous year. Earlier this year, the retailer said it plans to turn Delhaize into the Belgian shopper's favourite supermarket and the brand into the country's best retailer, with the help of investments in product range and customer experience. It seems as if the results of this move are not yet visible and it is possible that this will not happen very soon. According to the financial report, franchise and independently run stores continued to perform well in the country, while the average basket size at company-owned stores has decreased. Maybe it would help if Ahold Delhaize were to give store managers of the centrally managed outlets more freedom, given that  years of trying to fix performance issues with actions from the HQ has not worked out. It might also help to follow the original plan to bring the best of both, Delhaize and Netherlands-based Albert Heijn to the Belgian consumer; and thus, get inspiration from the ever-growing Albert Heijn in particular.

Albert Heijn, which also operates a couple of stores in Belgium, continues to be amongst the star performers of Ahold Delhaize’s portfolio. This is in spite of the fact that the operation seems to have almost hit saturation point in its home market. Indeed, Albert Heijn is not only operating eponymous supermarkets, superstores and convenience stores on every corner; but also drugstores and wine specialists. The significant growth appears to be coming not from new store openings as new sites are becoming increasingly scarce; but to a large extent from its online business and the integration of this into the physical, omnipresent network of stores. Only recently, Albert Heijn opened its fourth large e-commerce warehouse. Ahold Delhaize expects that, together with US grocery online banner Peapod, the Dutch online shops Ah.nl and Bol.com will reach consumer sales of close to EUR3bn this year. The retailer plans to reach EUR5bn by 2020 with these banners. Only recently it has become public that Albert Heijn is also starting to experiment with checkout-less stores comparable to Amazon Go – which makes us wonder, does the Dutch market leader never sleep?