Denmark Dagrofa Gives up on Discount 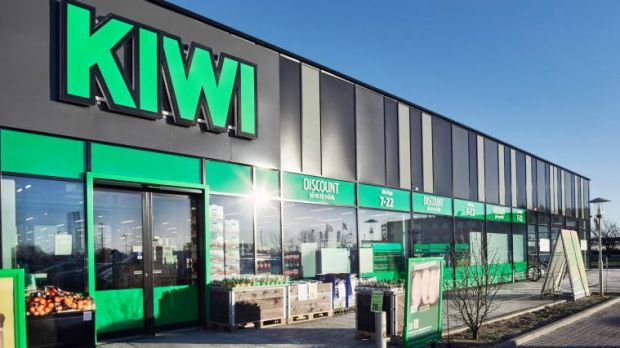 Denmark’s third largest grocer Dagrofa has decided to admit defeat in the merciless Danish discount channel by discontinuing its Kiwi banner. The retailer has given up hope of turning the smallest discount chain in the country into a profitable operation. Around 20 of the 103 stores will be converted to Spar and 10 to Meny supermarkets, Dagrofa CEO Per Thau told the Danish retail magazine, Dansk Handelsblad. The remaining stores will be sold to the highest bidder, or will be closed.

After abandoning its discount operations, Dagrofa is left with its Meny high-end supermarkets; its local hero stores Spar, Min Købmand and Let-Køb; as well as its wholesale and cash & carry business. Thau disclosed to Dansk Handelsblad that Meny, Spar, the wholesale and cash & carry businesses are all profitable and that the retailer will therefore be aiming for total group profitability by 2019 at the latest.

We have waited for the first victim of the fiercely competitive Danish discount channel for a while now and it's no wonder that it is Kiwi that had to back down in the end. The banner was the youngest and smallest discounter in Denmark, with Netto, Rema 1000, Fakta, Lidl and Aldi Nord all being significantly larger than Kiwi. LZ Retailytics data also shows that the sales densities of the top three discounters exceed the bottom three by far.

Kiwi, since its launch in 2008, has struggled to reach its expansion targets due to a lack of promising retail locations. In the discount channel where scale and efficiency are imperative, 103 stores is simply too few. Dagrofa tried to push expansion by offering its independents the option to convert their stores to Kiwi, but the interest was lukewarm. In fact, the group’s majority of independent merchants, who are also company owners, likely played an important role in the decision to close Kiwi as they felt their surplus was wasted on the loss-making chain.

Kiwi’s demise serves as a clear message that the discount channel will not continue growing in its traditional form. The remaining players will need to adapt their concepts and potentially go upmarket for growth to proceed without impacting the bottom line – something which we already see happening.

Netto and Rema 1000 will be the most likely buying candidates for the Kiwi stores in the most lucrative locations. We suspect that many of the stores are likely to be closed since Dagrofa often had to settle for sub-optimal plots. This will put even more pressure on Fakta, Lidl and Aldi Nord as the distance to the two top players will expand further. This is especially true for Rema 1000, with its targeted 20-25 store openings annually, which LZ Retailytics forecasts to gain significantly in terms of market share.