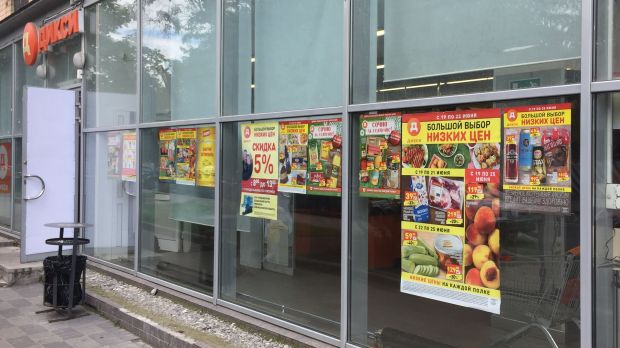 LZ Retailytics
Although Dixy has been trying to actively promote a low-price image, its minimarket network's performance is lagging substantially behind channel peers Pyaterochka and Magnit Universam.

Dixy Group announced that it will file an application to delist the company’s shares from the Moscow Stock Exchange. In an extraordinary shareholders’ meeting 80.5% of votes were cast in favour of buying back all  company shares. Minority shareholders will be able to sell their shares to Dixy for RUB340 per unit, the highest share value since October 2016. Already in October last year Dixy increased its ownership by 20% and subsequently received approval to buy 70% additional shares.

Dixy is taking steps to preserve its market value and minimise external influences in preparation for the strategic turnaround that it has outlined for 2018. Market capitalisation has been highly volatile during the past three years, with the share price fluctuating between RUB200 and RUB500, which must have left Igor Kesaev, Dixy’s chairman and indirect majority owner, worried.

According to financial and operational figures published in 2017 the outlook for a publicly listed Dixy Group would be lacklustre, to say the least. Having downsized the minimarket network by 100 stores while direct competitors X5 and Magnit have added more than 2,000 stores each and with net profits significantly lower than its peers, the company value tumbled to an all-time-low with few signs of recovery. If the trend had continued, we would have anticipated a similar scenario as for Okey Group, which recently sold off its supermarket network to market leader X5.

However, Dixy might have an ace up its sleeve that Okey does not have. Through its ownership structure, Dixy has close ties with Russia's largest tobacco wholesaler Megapolis, with more than EUR8bn revenue in 2016. Megapolis has been steadily expanding its business into the FMCG sector and officially started to buy jointly with Dixy in the middle of last year. With Dixy fully management-owned and backed by one of Russia's financially most powerful businessmen, strategic manoeuvrability would rise substantially.

Although we have seen no significant operational improvements over the past year, the company's 2018 plan to refurbish a large part of the store network and start opening stores again is becoming more realistic with Igor Kesaev’s latest move. 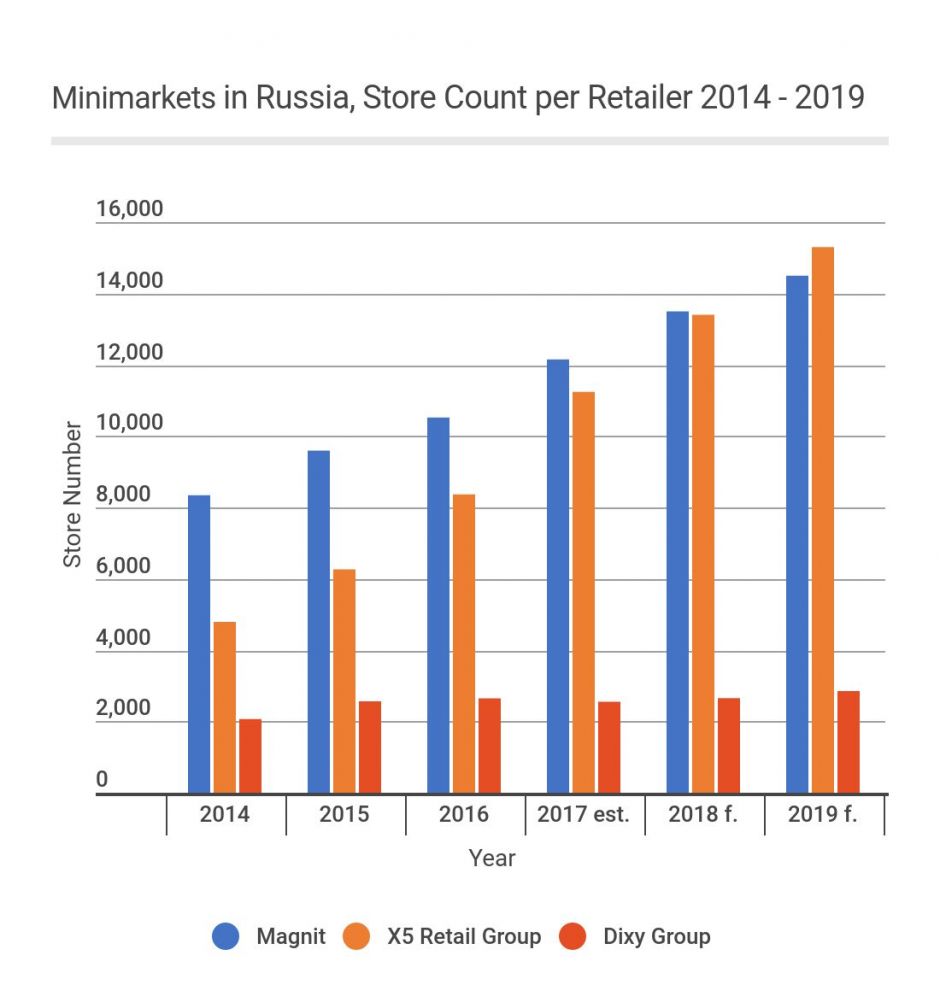 LZ Retailytics
Although Dixy may accomplish its strategic turnaround, it will still play only a minor role in the channel, dwarfed by main players X5 and Magnit.