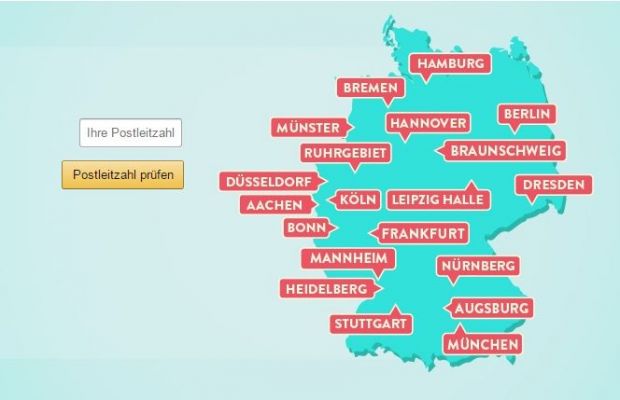 Amazon
Amazon already offers same day non-food delivery to these cities, with DHL as one of several partners

Amazon has reportedly signed DHL as a delivery partner for its Amazon Fresh grocery home delivery service in Germany, which is expected to launch in Berlin next month.

Lebensmittel Zeitung reported that a deal has been signed by both companies, although neither has made any official announcement. DHL is already a key partner for Amazon’s non food operations across major markets. In the US Amazon and DHL just signed an agreement to share airport facilities in Kentucky for Amazon's Prime Air fleet, according to Geekwire.

The DHL Kurier service in Germany has several years’ experience of ambient and fresh grocery deliveries and already partners with Rewe’s delivery service, Büntings online shop MyTime and its own All You Need Fresh e-commerce site. It offers a same day service in 14 major German cities.

Amazon Fresh is currently live in and around 6 US cities and made its European debut in London last June.

Following months of anticipation we are finally seeing the final pieces of the puzzle falling into place ahead of Amazon Fresh’s launch into Germany – a move that is bound to create some shockwaves across the industry.

Having gained some initial experience with the fresh and frozen categories through Amazon Prime Now in Berlin and Munich, and with DHL now on board, it looks like Amazon Fresh has its partners and is ready to go. Berlin will be the first market to go live with Amazon Fresh, followed by Munich. However, with DHL’s expertise Amazon could be ready expand its reach to more major cities in a short space of time.

As previously reported by Lebensmittel Zeitung and LZ Retailytics, Amazon has filled another gap by negotiating an initial supply agreement with Tegut to supplement its private label lines. Similarly in the UK it is working with Morrisons, using a wholesale arrangement (including fresh, frozen and ambient items) and this appears to be working well for both businesses.

We anticipate that Amazon will be loath to hand full responsibility for its fresh logistics to DHL, however. What is more likely is that DHL will be the biggest partner operating within the Amazon Logistics network, giving Amazon control of the last mile and the flexibility to work with multiple providers. Amazon is likely to manage its own delivery hubs and to provide the chilled crates and returnable packaging used to distribute items, as it does for the 90 partners it uses to deliver Amazon Fresh in the UK.

LZ Retailytics estimates that Amazon Fresh in Germany could reach EUR11mn in revenues by the end of 2017 and EUR120mn by 2021. With the latest commitment from DHL, it has the potential to accelerate rapidly once established and we anticipate that this could act as a catalyst for the online grocery market in Germany as a whole.