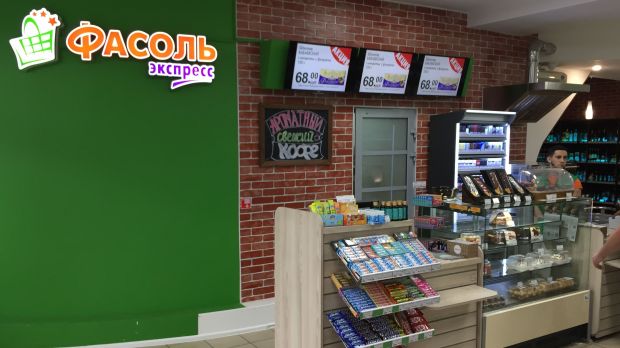 Developing the Fasol Express convenience format will remain a priority for Metro Cash & Carry Russia. As CEO Jere Calmes explained in an interview with LZ Retailytics, expansion plans for the soft-franchise banner that so far operates 240 shops in the capital are ambitious. With traditional retail points still accounting for around 50% of the Russian grocery retail market, the franchise format constitutes a quick and cost-efficient way to secure market share for the wholesaler. This in an increasingly competitive environment, where minimarket competitors like Pyaterochka are crowding out Metro’s traditional client base of independent traders, or integrating upstream as with Magnit’s and Lenta’s wholesale operations.

LZ Retailytics went out into the field and visited Fasol Express in Moscow to assess the sales concept and provide you with a photo tour of the latest store design.

Click here for the full Inside View report, accessible for free. 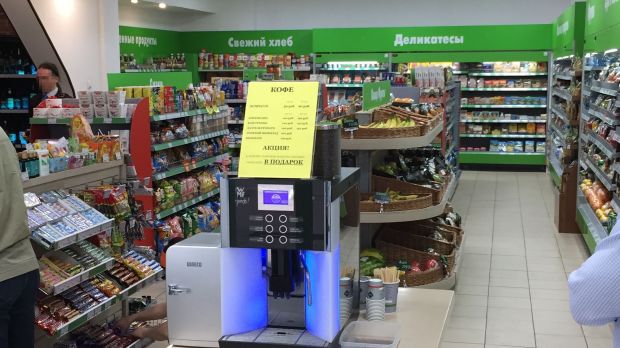 LZ Retailytics
The shop-in-shop alcohol department makes an upscale impression. Vodka plays only a minor role with wine dominating the range. This part of the store reflects Metro Cash & Carry’s strategy to promote its wine ranges and redefine the price entry level to RUB 300 (above EUR 4).

Opinion Russian Convenience at the Early Stages of Evolution

In our opinion, the Russian market has not yet reached sufficient maturity for fully-fledged expansion into convenience stores. So far, the more affluent consumer segments  addressed by convenience USPs, ready to spend the extra rouble for increased comfort and service, have a marketable presence only in the capital Moscow. But with economic recovery dawning, the market could take off rapidly. With proximity to allow shopping on the way to or from home or work, increased service levels, pre-prepared food-to-go or ready-to-cook assortments as well as in-store cafes or bistros, the format addresses time-strapped customers looking for alternatives to home cooking and food service.

How does Fasol want to capitalise on this phenomenon? Metro Cash & Carry's franchise banner seems to us like a hybrid concept. On smaller sales areas than its minimarket peers it can be closer to its customers and wins proximity-wise. Also, the strong fresh focus surely has the potential to increase traffic. However, with a limited assortment it might not attract as many regular patrons as other neighbourhood stores. Additionally, it is priced above market average in a continually price-oriented environment. Premium consumer segments turn to Azbuka Vkusa or its convenience banner, Azbuka Vkusa Daily, with its exclusive imported ranges, international fresh assortment and its own production backbone. A store count of barely 30 three years after launch provides insight into the selective expansion process needed to keep its operations profitable. In contrast to this, consumers looking for proximity, value for money, freshness and choice will probably turn to the latest Pyaterochka concept, with its revamped stores omnipresent in Moscow. This leaves Fasol Express with the difficult task to position itself in the mid market segment, risking a rather blurry banner image.

A similar concept has been tested by X5 with its Perekrestok Express banner. However, the steady downsizing of this format’s operations in recent years is an indicator that market demand has not yet taken off. However, the market potential seems high: X5 is currently building its own production capacities for food-to-go ranges. As a result, over the next couple of years we will expect increased competition for Fasol from a restyled Perekrestok Express format similar to Polish Zabka city stores.